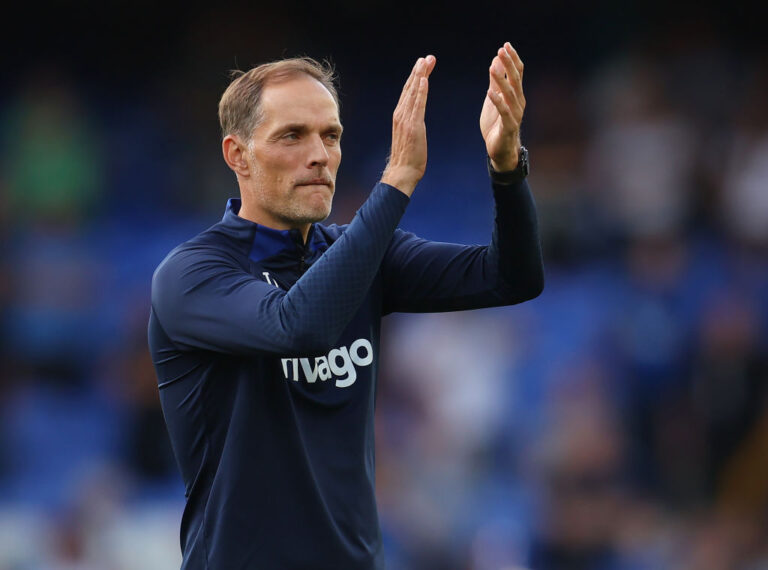 Chelsea have signed a total of eight players during the current transfer window – but they aren’t stopping there, according to reports.

The Blues have already spent over £150 million on new players under the new ownership of Todd Boehly.

Several of these additions have been in defence, with Kalidou Koulibaly joining from Napoli. The Senegal centre-back arrives as one of the replacements for Antonio Rudiger and Andreas Christensen. They both departed the club on free transfers at the end of June.

In addition, Marc Cucurella joined from Brighton on a six-year contract for a fee of over £60 million. Primarily a left-back or left wing-back, the Spaniard can also play on the left of a three-man defence.

Another notable transfer is the signing of Raheem Sterling from Premier League rivals Manchester City. Still only 27, the England winger is entering his prime years, with 154 senior goals to his name already at domestic level.

Who else have Chelsea signed in this transfer window?

Away from their marquee signings, Chelsea transfer business has focused primarily on developing their under-23 setup.

The day before Cucurella’s arrival, the Blues signed defender Zak Sturge from Brighton. On the same day, the club also confirmed that midfielder Carney Chukwuemeka has joined the club from Aston Villa for a reported fee of £20 million.

They also offered teenager Omari Hutchinson a lucrative contract to prize him away from London rivals Arsenal for an undisclosed fee. Meanwhile, 18-year-old goalkeeper Gabriel Slonina joined from Chicago Fire for £8.1 million. Another young shot-stopper, Eddie Beach, arrives from Southampton.

Chelsea set their sights on ‘next Ronaldo’

According to The Athletic, Chelsea are set to continue their long-term policy of signing youth players who can be developed this summer.

That is because their next target is 16-year-old starlet Endrick, who has highly impressed with current club, Brazilian giants Palmeiras.

Before turning 16 earlier this year, Endrick scored 170 goals in 172 games in youth football. Soon to be a professional, the young Brazilian is attracting interest from Europe’s elite.

Reports in March suggested that he was close to signing for Real Madrid. However, due to FIFA regulations, he would not be able to play for a club in the EU until he turns 18. That would be in 2024.

This is the same for Chelsea, with Brexit regulations preventing the player from playing in England before the age of 18. However, Spanish publication AS claim that the Blues have tabled an offer to Endrick. He and his family found it ‘quite interesting’. It is also reported that they were impressed with the career plan Chelsea have in mind for the wonderkid.

He has already been dubbed the ‘next Neymar’ and ‘next Ronaldo’.

In an interview with SPORT in February, Endrick explains his football personality: “I am detail-orientated and a perfectionist, because I want to learn.

“I try to focus on all of the functions that each player brings. But of course, I look more at the centre forward, to observe what movements they make, and to be able to learn.”