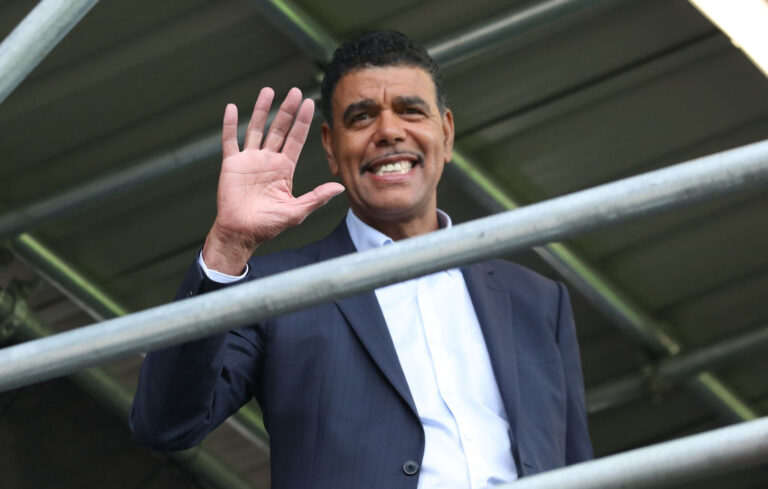 Legendary Sky Sports pundit Chris Kamara has thanked Middlesbrough fans for showing support for him as he continues his battle with apraxia of speech.

The 64-year-old announced that he is suffering from the condition earlier this year. He also has an existing thyroid issue.

Apraxia of speech is a neurological condition which affects a person’s ability to say what they want to say consistently. The brain is unable to properly sequence the required sounds needed to communicate.

At the end of last season, Kamara announced he would be leaving Sky Sports after 24 years. In recent years, he has focused on his Soccer Saturday punditry role, but previously worked on shows such as Goals on Sunday and Ninja Warrior UK. He even made a cameo appearance in Emmerdale in 2019.

Appearing on ‘The Diary of a CEO‘ podcast with Steven Bartlett earlier this month, an emotional Kamara described how he felt about his speech-related condition.

He explained (quotes via The Independent): “The voice that used to come out would come out at 300 miles per hour. You’ve seen me on the results, and Soccer Saturday. Motor mouth, not even waiting for a breath, just keep going.

“Now, when I hear myself, or see myself on TV, it’s someone else. It’s strange, it’s really strange. Some days, the message from the brain to the mouth is really slow, which makes it difficult. Some days, the words come out different to what you’re trying to say, and that’s even weirder.

“That’s been hard to accept, and still hard to accept. It consumes your mind, or it has done, mine. Every day I wake up, and the first thing I think is, ‘Am I going to be able to talk today?'”

During the podcast, Kamara also admitted that he feels like a “fraud” when he is broadcasting, due to his apraxia of speech condition.

Before their game against Rotherham at the Riverside Stadium on Saturday, fans of Middlesbrough – the club Kamara played for during a brief loan spell in 1993 – unveiled a banner in support of the 64-year-old as he battles with his condition.

It read, in two sections: “You’re not a fraud, you’re unbelievable Kammy,” in reference to one of his popular Soccer Saturday phrases.

In response, Kamara tweeted: “Wow, that is unbelievable Jeff!! Thank you.”

And, on Sunday morning, he added: “I wasn’t dreaming. Last night did happen. Thanks so much to all the Boro fans who made it happen.”