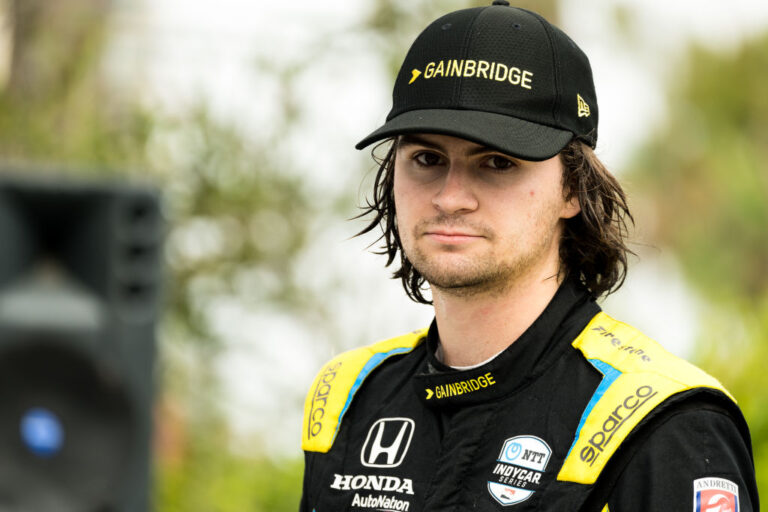 A number of prominent US racing drivers have criticised F1 chiefs after IndyCar star Colton Herta missed out on a spot on the 2023 grid with AlphaTauri.

Following the recent Dutch Grand Prix, Red Bull advisor Helmut Marko said that the team were in talks with the Andretti Autosport driver to move to F1 next season. He would race for AlphaTauri, replacing the Alpine-bound Pierre Gasly.

But there was one major stumbling block. Herta does not have the required points to obtain the mandatory super licence to drive in F1.

The American was unable to attain the 40 points needed in time for 2023. In addition, F1 chiefs were reluctant to enforce a rule change, which would have been the only way Herta could have joined the 2023 grid.

Speaking to Autosport, F1 chief Stefano Domenicali explained: “I don’t think it’s right to change something retrospectively. I think the right thing to do is to apply the rules.

“And, if there is some point to be discussed, if there is a need to update the rules, there is the right forum on which everyone can bring ideas or points for discussion. But, today, the rule is that one should be respected. That’s my opinion.”

On Friday, German news outlet Motorsport-Magazin (as per The Race) claimed that the deal to bring Colton Herta to F1 is now off.

Motorsport-Total, meanwhile, carry quotes from Marko, who is critical of F1 chiefs for failing to allow Herta into the sport because of his current super licence points. It is also claimed that part of the reason Red Bull wanted Herta was to expand interest in the United States market.

It remains to be seen what the team chooses to do in order to fill their first driver slot. Gasly could feasibly still stay, with no agreement having been announced between the Frenchman and Alpine as of yet.

However, French outlet AutoHebdo have claimed that AlphaTauri are close to agreeing a deal for Nyck de Vries to drive for them next season, which suggests that they expect Gasly to depart. The other driver in the team is Yuki Tsunoda, who looks likely to keep his seat for 2023.

Herta, meanwhile, has a developmental contract with McLaren Racing for 2022, but The Race understands that his current team, Andretti Autosport, are planning to keep hold of him in order to continue his IndyCar development with them next season.

Following reports of Colton Herta’s failure to secure an F1 grid seat for 2023, several American drivers took aim at the sport for its decision not to adapt the super licence rules for the talented star.

Meanwhile, Herta’s fellow IndyCar driver, Graham Rahal, claimed: “F1 is an elitist sport. They don’t want us. Remember that. They want US companies’ money, they want wealthy US individuals’ money. But they don’t care about the rest. Always has been that way, always will be.”

Indy stars, Scott McLaughlin and Josef Newgarden, however, took a more light-hearted view of the saga. McLaughlin, who joined the series from Australian V8 Supercars, in 2021, posted a picture of the two drivers with the caption: “Just two blokes who are eligible for Super Licences.”