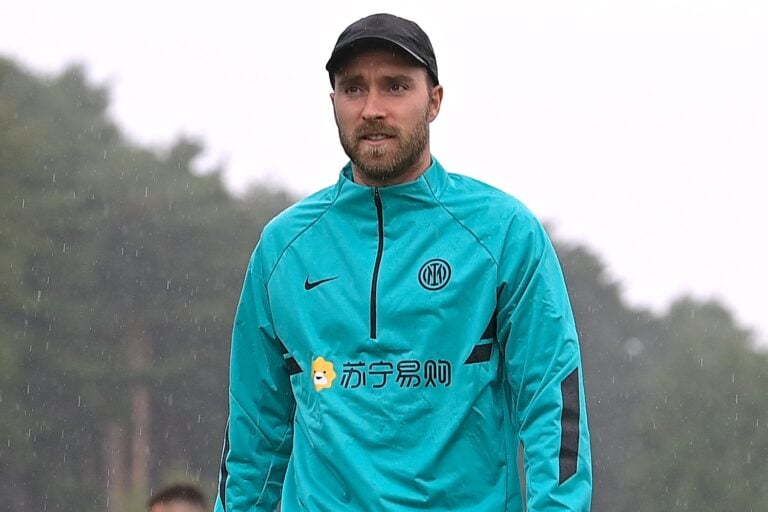 Inter Milan have confirmed that they are open to letting Christian Eriksen play overseas to help him resume his career.

Back at Euro 2020 earlier this summer, Christian Eriksen went into cardiac arrest during Denmark’s opening game of the tournament against Finland. The 29-year-old was fitted with a defibrillator (ICD) in order to help him survive the incident, but it’s now been said that he cannot continue playing in Italy unless the ICD is removed.

The Italian champions released the following statement on the matter yesterday.

“With reference to the registration rights of the player Eriksen, it should be noted that following a serious injury which occurred during the European Championship in June 2021, the player has been temporarily inhibited by the Italian medical authority from sporting activity in the current season.”

Inter Milan have said that Christian Eriksen is not allowed to play in Italy this season following the cardiac arrest he suffered at #Euro2020.

“Although the current conditions of the player don’t meet the requirements of achieving sporting fitness in Italy, the same could instead be achieved in other countries where the player could resume competitive activity,” Inter said.

Where could he go?

The short answer to the question of where Christian Eriksen could go next is “anywhere that lets him play”, but of course, it’s more complicated than that. If there’s a way in which he could safely partake in professional football at the elite level, then he’d likely have to endure a period of real scrutiny from clubs who want to sign him.

Whether it be medical tests or work on the training ground to ensure he’s up to the right speed, the process is likely to be a long one.