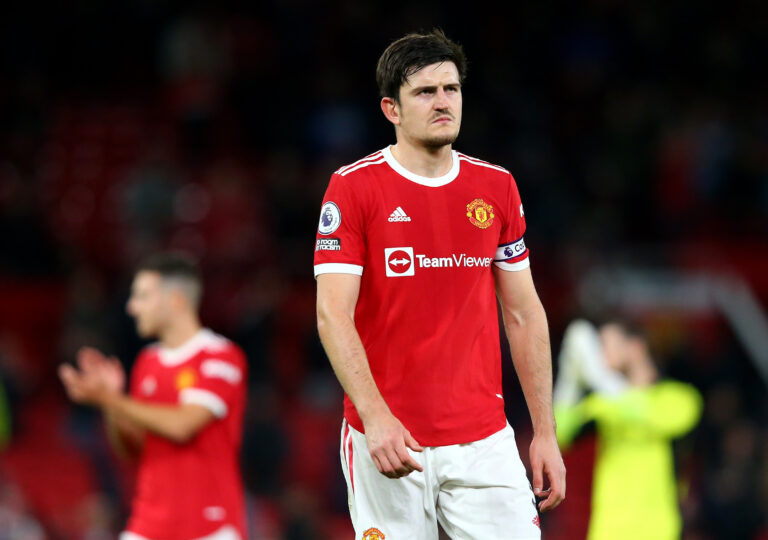 Manchester United captain Harry Maguire has called his side’s humiliating 5-0 defeat to Liverpool a “horrible experience” ahead of their clash with Tottenham Hotspur this weekend.

United boss Ole Gunnar Solskjaer called the defeat his “darkest day” since he took charge of the club – and it’s hard to disagree.

The Red Devils could have actually gone ahead when Bruno Fernandes was presented with a clear-cut opening from inside the box, but he blazed over. From the moment Naby Keita put Liverpool ahead on eight minutes, there was only likely to be one winner – and so it proved.

With almost a week now having passed since, United captain Maguire says the players “let down” both their manager and fans, and adds that the defeat was a “horrible experience”.

“In a big game against Liverpool, we know how intense it is, the first half was so open. It was chance after chance for both teams, and they were so clinical and we weren’t. We can’t play like that, we can’t play as open as that and give as many chances to these players, so we know we’ve got to improve.”

In their last three Premier League games, United have let in a total of 10 goals. Over the nine-game season thus far, that figure rises up to 15 – only Watford, Newcastle and Norwich have conceded more.

The Red Devils take on Tottenham Hotspur on Saturday, who themselves have only won two of their last six Premier League games. Nuno Espirito Santo’s side sit in sixth position on 15 points – one place and one point above tomorrow’s visitors.