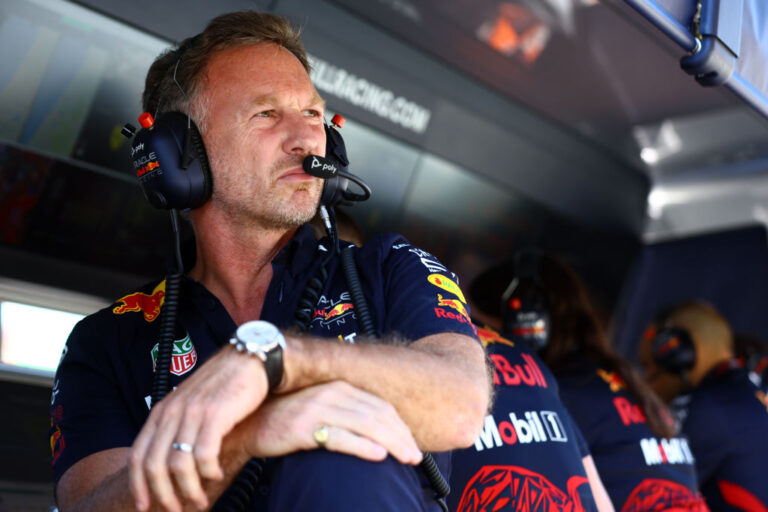 Red Bull team principal Christian Horner has shared details of the one F1 talent that he “regrets” missing out on in the past few years.

Red Bull’s famous driver academy has seen phenomenal success during the drink brand’s stint in F1. The company sponsors and guides drivers through junior racing ranks, with the plan of getting the best drivers possible up to the F1 team. This system works, too; several drivers on the current grid came from Red Bull’s system.

For example, four-time Drivers’ Champion, Sebastian Vettel, is a programme graduate – although he was also under contract to BMW Sauber in his early F1 days. Reigning champion Max Verstappen has also progressed through the Red Bull ranks.

Similarly, the programme has influenced other members, too. Ferrari’s Carlos Sainz started his racing career there, as did McLaren’s Daniel Ricciardo. In addition, Williams’ Alex Albon came through the Red Bull setup.

The AlphaTauri team also contains graduates, and is considered a stepping stone to the Red Bull team.

But all this is still not enough for F1 team boss Christian Horner. In a recent appearance on the Beyond the Grid podcast, the Red Bull principal revealed the one emerging talent that he wished was in his team’s academy.

While discussing next year’s grid, the Red Bull boss detailed how Oscar Piastri was a missed opportunity for the young driver setup.

“He [Piastri] drove for the Arden team in F4 and Formula Renault, and was obviously a significant talent,” said Horner, quoted via The Mirror. “There was an opportunity for Red Bull to look at him at the time, and we didn’t take up that option. Which is something I regret.

“But what Piastri went on to achieve is phenomenal, in F3 and F2.”

The Red Bull team principal did not comment too much on Piastri’s contract drama with McLaren and Alpine. However, Horner said that his team would not allow such a situation if Piastri was a Red Bull academy driver.

“Now, if he’d have been a driver here, there is no way that he wouldn’t have been under lock and key for a period of time. As I say, I wasn’t party, it’s difficult to judge what was promised or reneged on, or so on. But certainly, it was unexpected, probably from several areas.”

Despite missing out on the Australian, Horner is still happy with the Red Bull academy.

With a system that has brought incredible success to his team in F1, Christian Horner sees no reason why it should not carry on.

“We’re continuing to invest in youth. We’ve got some great youngsters in the programme,” said the Red Bull principal. “It’s something Red Bull has done so well. Giving these kids a chance, investing in young talent, and giving them opportunities they otherwise wouldn’t have had.

“Isaac Hadjar in F3 this year has had a great debut season. I also think [Ayumu] Iwasa, in Formula 2, has been a standout driver for me. Liam Lawson has had a tough year, but he’s, again, another talent. Dennis Hauger has been a bit underwhelming in F2 after such a dominant year in F3. But again, how much of that is him, and how much of it is the equipment?”

These future prospects still have a couple of years before they reach the top level. Oscar Piastri, meanwhile, will make his F1 debut next season.

The Australian entered 2022 as Alpine’s test and reserve driver. As a result, he has completed three in-season tests for the French outfit this year. These were at the Circuit of the Americas, Qatar, and Silverstone.

Interestingly, though, Piastri served as an emergency backup for McLaren in the event that one of their drivers, Lando Norris and Daniel Ricciardo, could not race. Alpine confirmed this in March, when Ricciardo had COVID-19 and nearly missed the opening round in Bahrain.

Little did the team know the irony of their sporting gesture.

When Fernando Alonso announced his move to Aston Martin in 2023, all signs pointed to Piastri as his replacement. But the Aussie had other ideas.

Just after Alpine announced Piastri as their second driver for 2023, he immediately responded with a statement saying that there was no such agreement.

Piastri instead made a deal to join McLaren, prompting a furious response from Alpine bosses. The French squad went to the Contract Recognition Board for clarification, believing that they had signed Piastri for 2023.

The board disagreed, saying that Piastri’s contract was with McLaren as his Alpine one had expired. Therefore, the Australian will line up for the British-based team alongside Lando Norris in 2023.