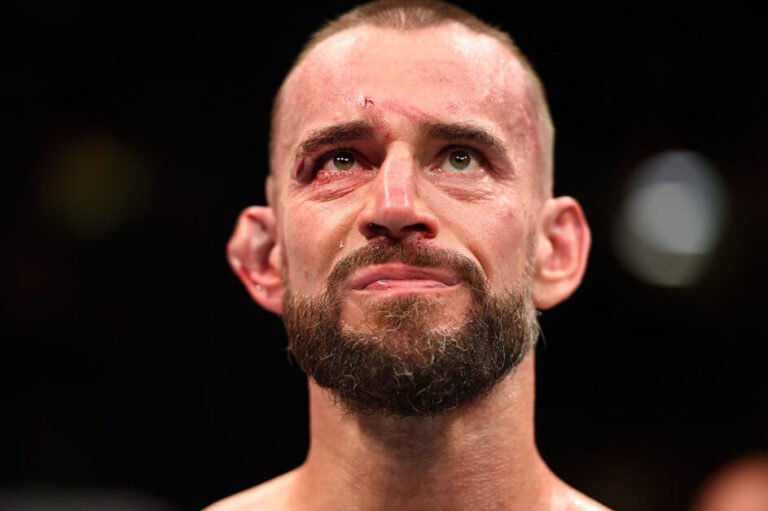 CM Punk has revitalised his career since joining AEW, but the charismatic star wishes that Bret Hart received a similar opportunity.

After leaving the WWE due to his heated relationship with their president Vince McMahon, the wrestler needed a new challenge.

He developed a passion for MMA and began pursuing a career in the cage. But rather than building his way up, he jumped straight into the UFC.

Unsurprisingly this didn’t work out too well. Although Punk showed a commendable level of heart and desire, his skillset ultimately wasn’t good enough to compete with the world’s premier martial artists.

After failing to win his two bouts in the company, Punk gave up on the UFC, and fans hoped that this could open the door for a potential return to the world of wrestling. But with his relationship with the WWE being so frosty, a reunion with McMahon seemed unlikely.

However, due to the emergence of AEW, he had an anterior company to sign with. He arrived at a Rampage event and prompted one of the most fantastic pops in wrestling history. The crowd went into hysterics as the legendary straight-edge competitor made his valiant return to the ring.

He’s breathed fresh air into his career, spending the last six months entertaining fans up and down the country with his breathtaking performances. When all looked lost, Punk found a way to return to his brilliant best. But he remains upset that a good friend of his wasn’t offered the same fortune.

‘The Hitman’ is undeniably one of the greatest athletes in the history of the sport. His electrifying showings captivated the WWE Universe for years. But ultimately, his career was cut short due to a concussion sustained after a botched Goldberg boot to the head.

Had this not happened, the Canadian would’ve gone on to have created an even better legacy. And this wonder still troubles Punk to this day. During an AEW press conference, the teary-eyed sportsman revealed his feelings on the situation.

He said: “I love Bret Hart, and his career got cut short. It’s a tragedy because there are people that go over to Saudi Arabia, and they get paid millions of dollars, and that should’ve been Bret.”

“I just feel super fortunate and grateful and appreciative that I got a second chance. I’d give it up in a heartbeat to give it to Bret. But I’m going to enjoy it. I just love that motherf*cker so much. He’s the greatest, and he was right. Bret Hart was always right.”

The pair have always shared a respectful relationship. During an interview with CBC Radio, Hart revealed that Punk is his favourite wrestler. This compliment meant a lot to the American, who adores the multiple-time world champion.

The AEW star has resonated with the fans because of his genuine aura and his authentic way of wearing his heart on his sleeve. There’s no doubting that if he could give his hero another shot, he definitely would.