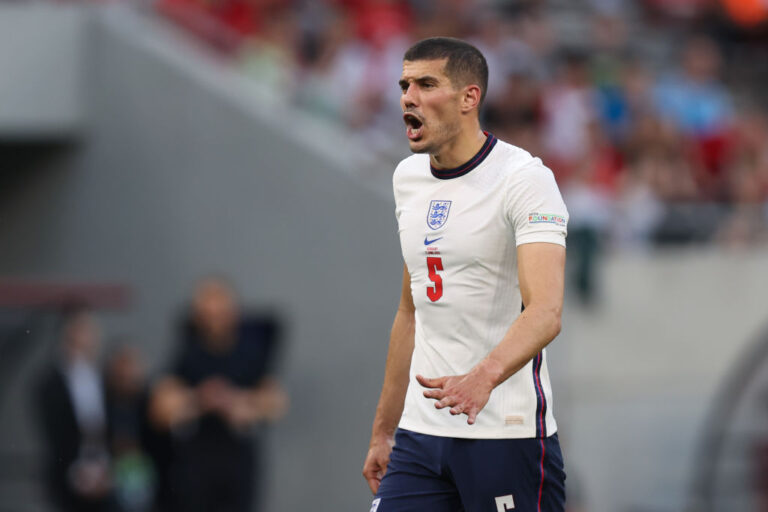 Conor Coady has sent a clear message to Hungary fans who booed England players when they took the knee prior to the Nations League clash between the two sides on Saturday.

As they do before every international game, England players took the knee before the match kicked off. They do this to highlight inequality and racial discrimination which exists in sport and in wider society.

But the action was met by a chorus of boos by Hungary fans. This is not unprecedented – Hungary fans did this in September before a World Cup qualifier between the two sides.

However, what was even more concerning about this instance is that the match was only open to children under the age of 14 to attend. In addition, there had to be one adult present for every 10 children.

According to reports, Hungary let in around 36,000 spectators to watch the match – despite it technically being held behind closed doors.

The national side were ordered to play three games – later reduced to two on appeal – in an empty stadium due to homophobic banners and racial abuse at Euro 2020. A further two games were added to this ban after Hungary fans racially abused England players during the aforementioned World Cup qualifier in September.

“It isn’t something you want to hear, but it is what it is. We want to keep pushing our message from our point of view.”

He later told talkSPORT: “I hope people understand why we’re doing this sort of thing now. This won’t stop us from doing it in the future. It’s not something that will stop us.

Why England players take the knee

In an open letter to England fans in June, manager Gareth Southgate explained why his players take the knee before matches.

He said: “Our players are role models. And, beyond the confines of the pitch, we must recognise the impact they can have on society. We must give them the confidence to stand up for their teammates and the things that matter to them as people.

“I know my voice carries weight. Not because of who I am, but because of the position that I hold. At home, I’m below the kids and the dogs in the pecking order. But publicly, I am the England men’s football team manager.

“I have a responsibility to the wider community to use my voice, and so do the players.”

Although Southgate’s explanation, and the action itself, have both received mass support from fans, there has been some criticism, including from the UK government.

Last June, Prime Minister Boris Johnson refused to call out England fans who booed the taking of the knee.

He wrote: “You don’t get to stoke the fire at the beginning of the tournament by labelling our anti-racism message as ‘Gesture Politics’ and then pretend to be disgusted when the very thing we’re campaigning against, happens.”