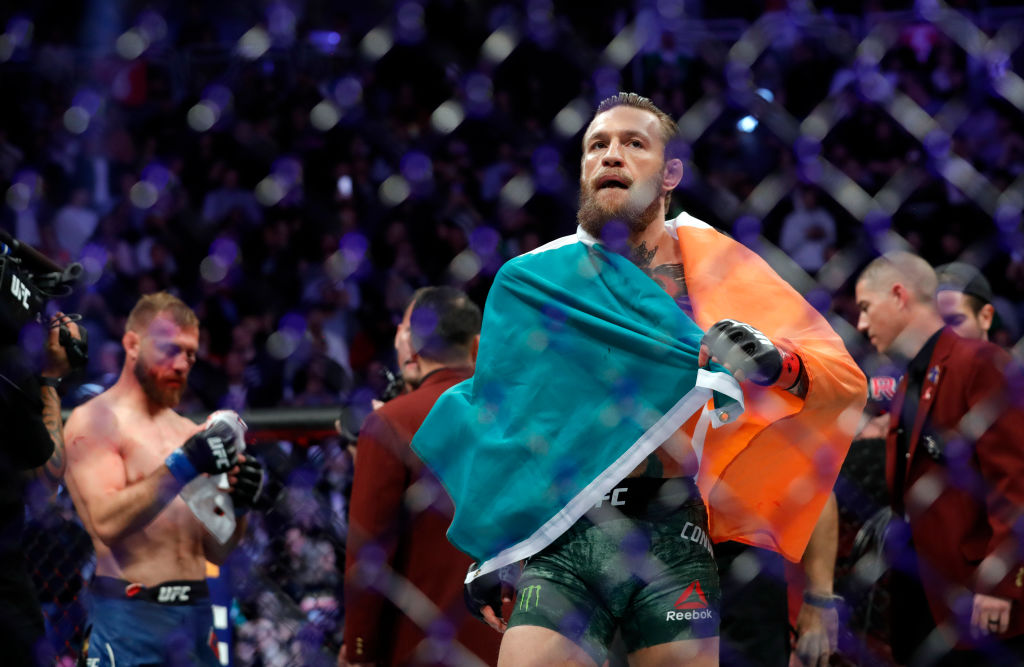 When Conor McGregor announced his retirement from the UFC back in June, it felt like an extremely anti-climatic end to what has no doubt been one of the most exciting and talked about careers in the game.

Of course though, we’ve heard it all before with the Irishman and have learned to take these kinds of announcement with a pinch of salt.

Now the Notorious has dropped a big hint that he could be backtracking on plans to hang up the gloves, taking to Instagram to celebrate the four year anniversary of his second fight with Nate Diaz.

“Backstage waiting to go out for one of the biggest bouts of my fighting life! McGregor/Diaz II Wow!” He wrote.

Then he went on to tease: “Maybe there is more…”

4 years ago today! Backstage waiting to go out for one of the biggest bouts of my fighting life! McGregor/Diaz II ? Wow! Maybe there is more…

It’s hard to imagine that Conor would stick to his plans to not fight again, particularly after putting on such a dominant performance at UFC 246, where he beat Donald Cerrone inside the first 40 seconds in his first match in over a year.

Hey guys I’ve decided to retire from fighting.
Thank you all for the amazing memories! What a ride it’s been!
Here is a picture of myself and my mother in Las Vegas post one of my World title wins!
Pick the home of your dreams Mags I love you!
Whatever you desire it’s yours ❤️ pic.twitter.com/Dh4ijsZacZ

“The game just does not excite me, and that’s that,” McGregor recently told ESPN. “All this waiting around. There’s nothing happening. I’m going through opponent options, and there’s nothing really there at the minute. There’s nothing that’s exciting me.

“I laid out a plan and a method that was the right move, the right methods to go with. And they always want to balk at that and not make it happen or just drag it on. Whatever I say, they want to go against it to show some kind of power. They should have just done the fight — me and Justin for the interim title — and just kept the ball rolling.”

Dana White has said himself that he doesn’t believe McGregor’s retirement plans are genuine, though did confirm that he definitely wouldn’t be fighting again this year