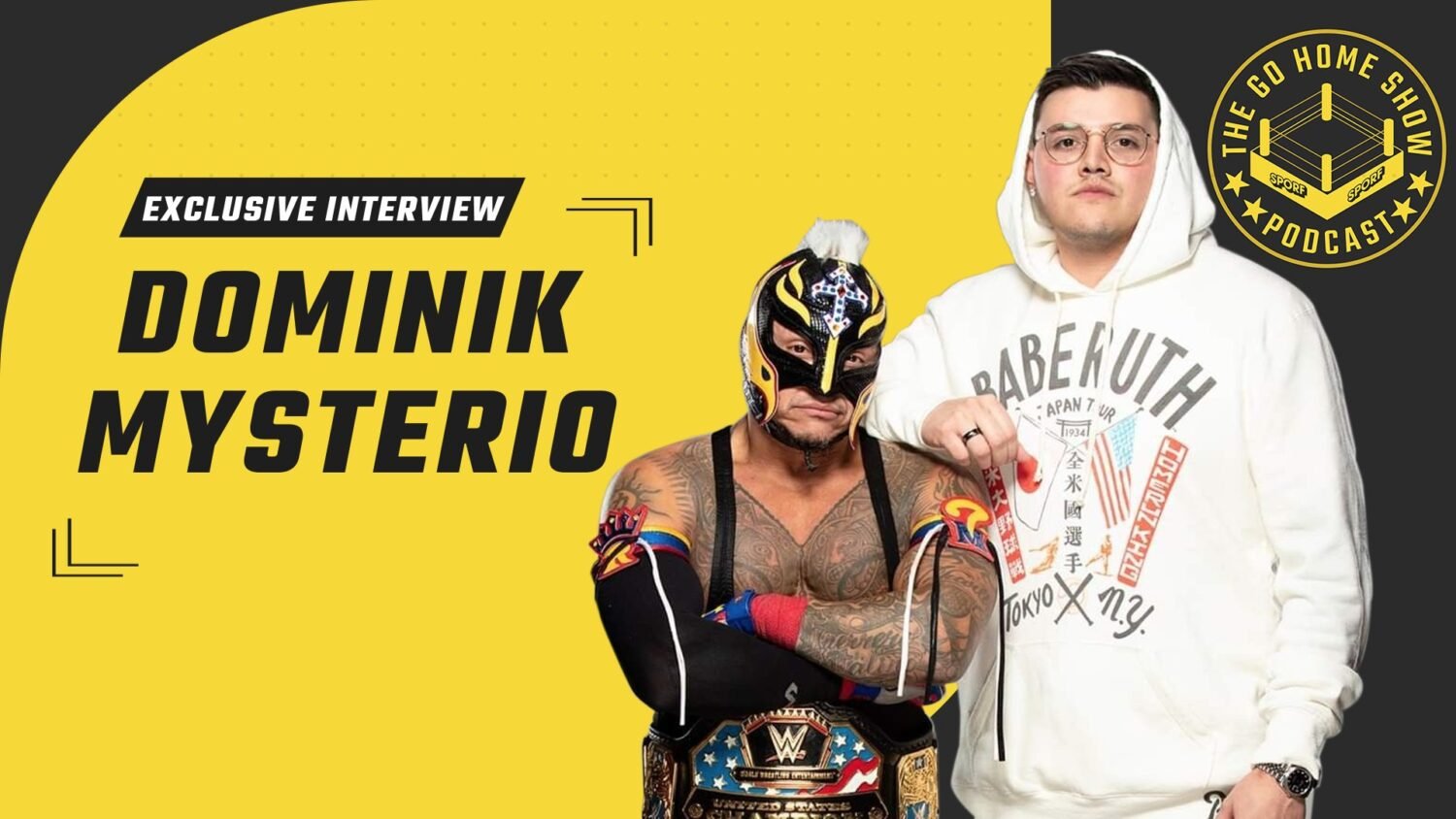 Dominik Mysterio is the son of undoubtedly one of the all-time greats when it comes to WWE – on Sunday though, it’ll be him stepping out for his in-ring debut at SummerSlam.

Ahead of his match with Seth Rollins we caught up with Dominik to talk about his appearance and everything that has shaped his journey to the ring so far.

Building his own style

“Me and my dad, the height difference is pretty significant, so it’s hard to do the agile things that he does. I can do them but not as crisp and fast as he makes them look.”

“Everyone has been awesome with giving me tips and helping me out here and there. Randy Orton has always been there for me, he’s always been really nice, helping me with my promos, with what I can do better.”

“Aleister Black is another guy, ever since I started doing things back in the day, Aleister would help me with things that could take my game to another level,”

“Lance Storm, he’s always texting me after every show saying good job, keeping up with what I’m doing.”

“Right now, I think that would have to be a question for later, at this point we don’t know what’s going to happen after SummerSlam. Maybe they could move me down to develop, it’ll all be in their hands.”

“I believe the main event was Hogan and Michaels. That’s crazy just knowing those two main evented and I was on that card.”

“I remember it very vividly. I remember I had a spot, to go right up there and shake the ladder. I was told not to shake it too hard because they didn’t want me to knock Eddie off but me being an eight-year-old thinking I could move this ladder and knock them down – I still get made fun of to this day.”

“Eddie was around a lot of the time, when WWE would come down to San Diego, he would stay here at the house. I remember waking up in the morning and having breakfast burritos with him. I remember after we did the custody match, he saw me playing my PSP and he’d buy me games for it, after we did promos he would always give me candy and make sure I was ok. Eddie was a great human being.”

“I hate to be biased, but my dad and Kurt Angle tore the house down in 2002, they opened the show and they killed it.

“I’d have to go with that or The Rock and Lesnar, that match was awesome too.”

Catch up on last week’s episode of The Go Home Show with NXT champion, Keith Lee.