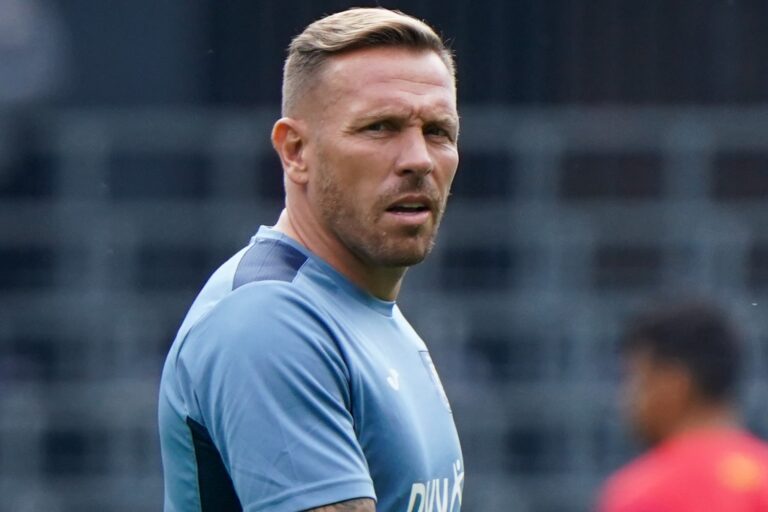 Craig Bellamy has left his role as assistant manager of Anderlecht, the Belgian club has officially confirmed.

Last year it was announced by the Welshman himself that he’d been suffering from depression with Anderlecht noting these issues had recently resurfaced. Bellamy joined as the club’s under-21 coach in 2019 before being promoted to the role of assistant coach to Vincent Kompany, his former teammate at Manchester City.

The news been met by an outpouring of affection from fans of all different clubs with Anderlecht releasing the following statement on the matter.

“Assistant coach Craig Bellamy will leave the coaching staff of RSC Anderlecht on Monday. Bellamy already struggled with mental problems in the past and these have resurfaced again recently. With his departure, the Welshman took a very difficult, but absolutely necessary decision concerning his health. Bellamy said goodbye to the players in the dressing room on Sunday afternoon after the 7-2 victory against KV Mechelen.”

“Bellamy arrived at RSC Anderlecht in the summer of 2019 as coach of the U21. Earlier this year, he joined the first squad as an assistant coach to Vincent Kompany. His experience as a striker in the Premier League and his drive took our young squad to a higher level. Both coach Vincent Kompany and Director of Sports Peter Verbeke want to thank Bellamy explicitly for his efforts and show great understanding for Bellamy’s brave decision.”

Anderlecht will have to shift their focus to this Sunday when they return to action against Standard Liege.