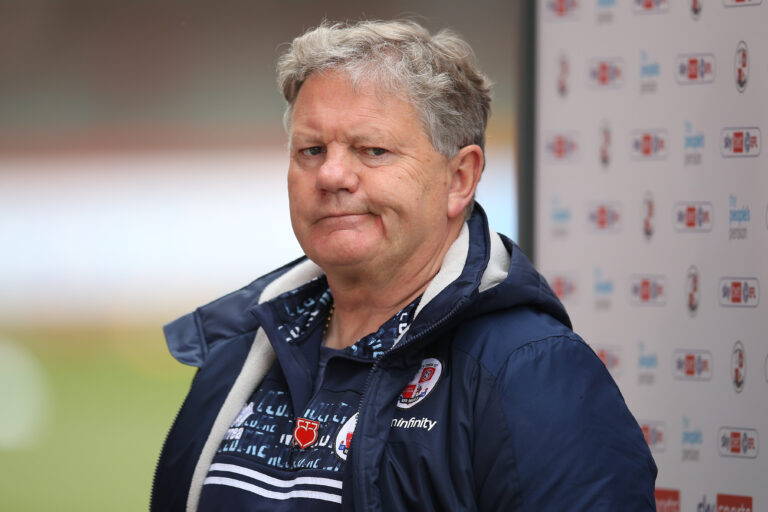 Crawley Town lost their opening game of the 2021/22 season 1-0 to newly-promoted Hartlepool United – and manager John Yems wasn’t impressed after the game.

In fact, judging by his post-match interview, that’s perhaps an understatement.

Crawley went down to a late goal from Gavan Holohan, who gave Dave Challinor’s side victory on their return to the EFL.

After the game, Yems stood in front of the camera and quickly gave a brutally honest assessment of his team’s performance.

“I thought all the notions of last year, all the bad habits from last year. I feel sorry for the fans that have travelled all this way, because that ain’t good enough.

“I’m fed up with keeping saying it. I feel sorry for the fans today because I’ve travelled up with some of them, but that ain’t good enough.”

“Every game is a battle. They ain’t going to let you play, we’ve been saying this all the time.

“It’s no good having a real battle if you don’t win it in the end, is it?”

Then the topic moved on to which areas of the game Crawley could improve on.

“Every area of the game,” Yems responded. “Don’t worry about areas of the game.

Perhaps the most memorable line of the press conference, though, was reserved to the end. Yems credited the fans for their support, and reiterated his apology for the defeat.

When it was put to Yems by the interviewer that “we’ll try to recreate the atmosphere” that was made at Victoria Park in the next home game on Tuesday, he replied: “Do what you want.

“The fans will do. The fans love it, the fans get there. But if we play like that, there will be no atmosphere there. There doesn’t deserve to be.

There was certainly plenty of reaction on social media to the interview.

Crawley Town’s media officer later tweeted to clarify the interview, saying that they were both “laughing away on the phone” an hour later.

He also added that he hasn’t “met a manager who cares as much” as Yems.