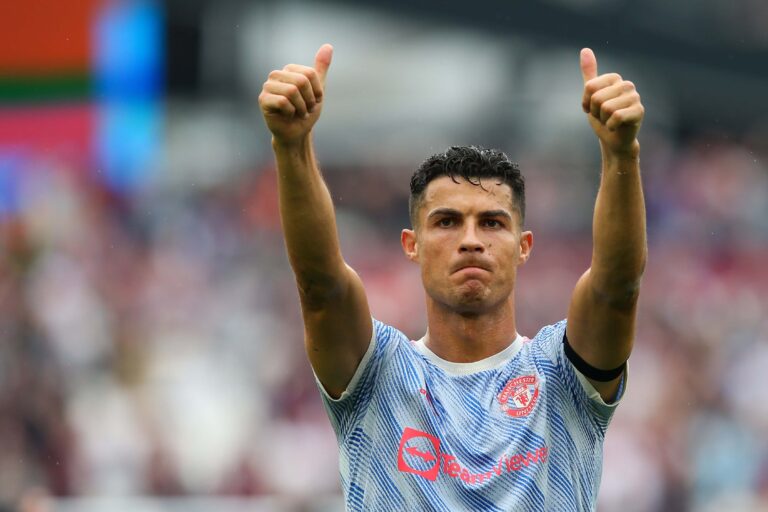 Cristiano Ronaldo has jumped above Lionel Messi to become the world’s highest-paid footballer, according to Forbes.

Ronaldo is set to earn $125 million before taxes this season, with his salary at Manchester United estimated to stand at $70 million. He is predicted to earn another $55 million through endorsements.

Messi, meanwhile, has dropped down to second. He made the move from Barcelona to Paris Saint-Germain this summer. The Argentinian was due to sign a new deal with his boyhood club, but was unable to do so due to LaLiga restrictions on player registrations.

According to Forbes, the 34-year-old will earn a salary of $75 million at PSG – a figure above that of Ronaldo – with a further $35 million accrued in endorsements.

In third place is Messi’s PSG team-mate Neymar. Like the Argentinian, Neymar will earn a salary of $75 million, with $20 million in endorsements.

A total of three Premier League players make up the top ten. Liverpool‘s Mohamed Salah is in fifth place with total earnings of $41 million. He will earn $25 million in salary from Reds according to the rankings – a figure that could increase in future if he signs an improved new deal with the club.

Ronaldo’s United team-mate Paul Pogba sits in eighth place with total earnings of $34 million. Forbes say that the Frenchman is “in the middle of a ten-year shoe contract with Adidas that is worth an estimated $45 million”.

Here is the top 10 highest-paid footballers in full, according to Forbes: