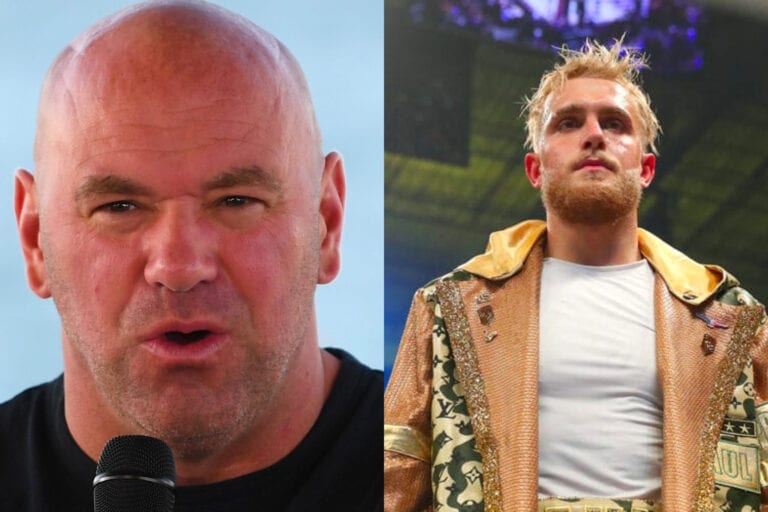 UFC president Dana White has claimed that Jake Paul previously wanted to sign for the promotion – which Paul himself has refuted.

In the last few months, there’s one name above all others that Dana White is being asked about: Jake Paul. The YouTuber turned pro boxer has not only been relentlessly calling out the UFC’s biggest star Conor McGregor, but he’s also been picking a fight with White over the issue of fighter pay.

It’s gotten to the point now where Dana simply can’t avoid the questions being posed to him and during a recent appearance on CNBC, he finally spoke about the topic as well as Jake Paul himself.

“I don’t think we’re ever gonna see a scenario where you see a fighter or anybody say they’re overpaid. You’re always gonna have a certain level of guys that feel like they’re being paid enough. You don’t hear the guys that actually bring in the revenue complaining about pay.”

As you can probably imagine, Jake Paul was quick to respond with another zinger on social media as he prepares to fight former UFC welterweight champion, Tyron Woodley, on August 28.

White seems to be focusing all of his attention on building the UFC brand and getting back out there with full crowds for PPVs, but you can just tell this is starting to become a real sore spot for him.

Dana will be one of the millions watching on Saturday night when Conor McGregor takes on Dustin Poirier in their trilogy bout at UFC 264.