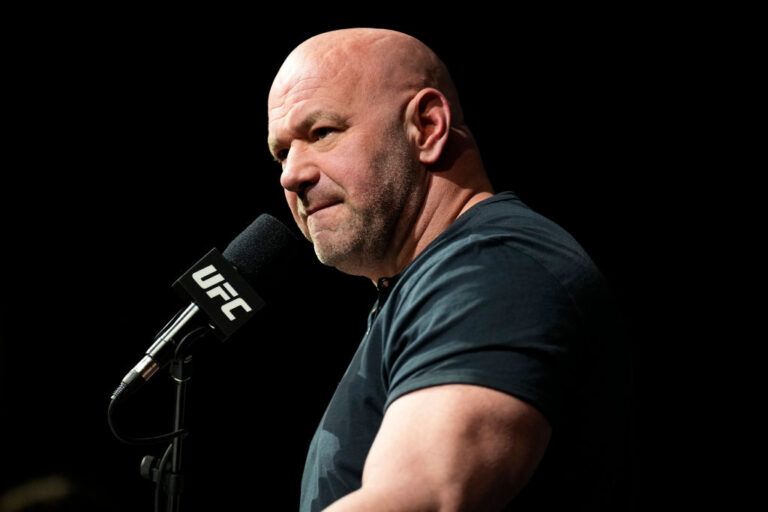 UFC president Dana White generally likes to keep his cards close to his chest when it comes to upcoming fights – however, in a recent interview, the background of the camera shot appears to have leaked the next fight of Jon Jones and Nate Diaz.

UFC fans are eagerly awaiting the return of Jones to the Octagon. The American hasn’t fought since February 2020, when he defeated Dominick Reyes.

Jones has been absent from UFC for several reasons. He vacated the Light Heavyweight Championship in May 2020 following a disagreement with White and confirmed this in August.

Earlier that year, he was arrested and charged with driving whilst impaired (DWI). He was also charged with negligent use of a firearm, possession of an open container and driving with no proof of insurance.

However, he accepted a plea deal which saw him plead guilty to the DWI charge, with all other charges dropped. His sentence was four days house arrest and a year of supervised probation.

Then, in September, police were called to a “domestic disturbance” and arrested Jones on suspicion of domestic battery. TMZ reported that the UFC star took a plea deal, and he pleaded no contest to another charge of destroying property of another. The domestic battery charge was dropped.

Diaz, meanwhile, hasn’t fought since a loss to Leon Edwards via unanimous decision at UFC 263. Previous links have suggested he may have a future fight against Dustin Poirier.

A screenshot posted by Twitter user Jed I. Goodman seems to show what looks to be a provisional fight card at UFC 276, which features Diaz taking on Khamzat Chimaev. It is from a recent interview with The Pivot Podcast.

Of course, the fights are subject to change. In addition, there has been no definitive confirmation by UFC as of yet that these will happen. It may be that these are just provisional fight plans. But fans are getting excited.