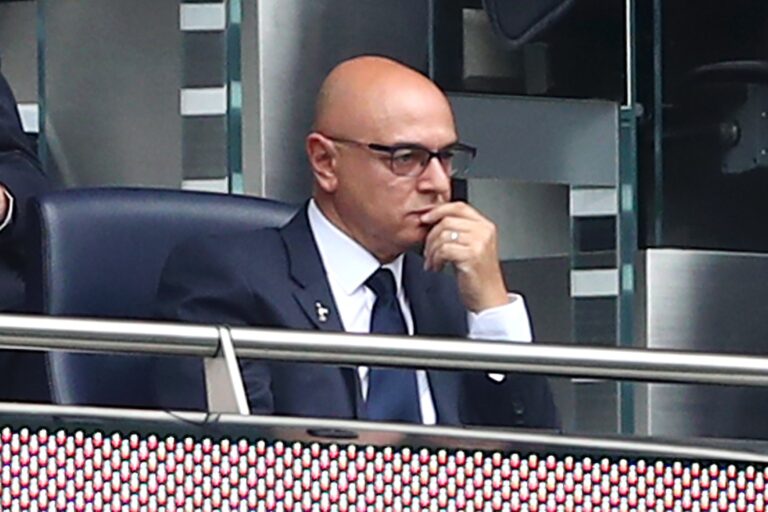 Tottenham chairman Daniel Levy has altered his stance on the potential sale of Harry Kane as the summer transfer window nears its end.

Throughout the last few weeks there’s been one question in mind for those questioning the future of Harry Kane: will he stay or will he go?

England’s talisman throughout Euro 2020 was able to return to action last weekend with a cameo appearance in Tottenham’s win over Wolves at Molineux. He came on as a substitute towards the end of the game and even came close to scoring, but ultimately, the big story is still his contract status and whether or not he’ll still be in North London when the window closes at the end of the month.

One more year for Tottenham’s king?

It’s no secret that Manchester City are interested in signing him and they’re willing to fork out a great deal of money in order to do so. As it turns out, though, as per a report from Irish Independent, Levy is now contemplating keeping hold of Kane – regardless of how much cash is thrown their way this week.

“Sources believe Levy could even refuse a bid that gets close to £150 million (€175m) for Kane, despite the figure previously being quoted as his asking price for the 28-year-old, with time running out to find a replacement.

“Should City fail to change Levy’s mind or make an offer that is too good to turn down, then the Premier League champions will be faced with the choice of not signing a striker or considering an alternative.”

Tottenham have made a strong start to the new Premier League campaign with two wins from their first two fixtures, but keeping hold of Kane could be crucial to maintaining the early momentum they’ve built for themselves.