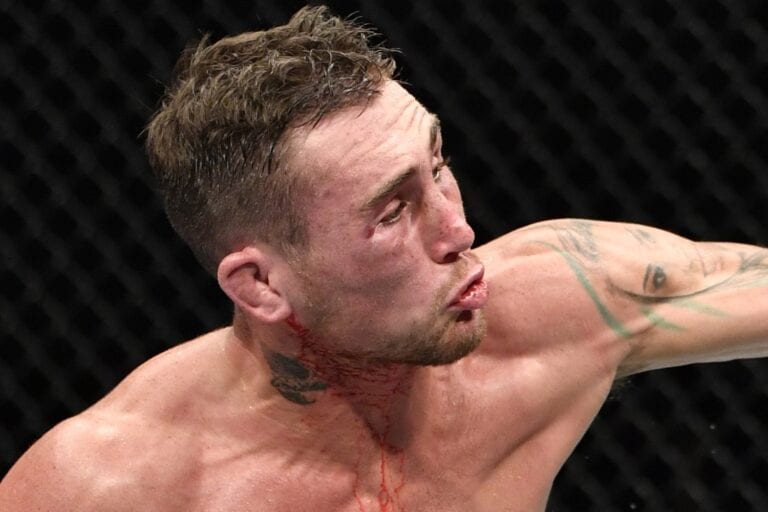 Darren Till has gone after Marvin Vettori for questioning the circumstances surrounding his recent injury.

The two men were initially set to meet on Saturday night in an important middleweight clash. Instead, Vettori will now fight Kevin Holland after Till pulled out due to a broken collarbone.

Darren Till snaps at Marvin Vettori

Many fans were quick to wish Till all the best in his recovery. However, Vettori wasn’t so sure that the issue was legitimate when asked about it during a recent media appearance.

“To be honest, I’m getting more suspicious by the day with this thing,” Vettori said. “I was expecting him to put out the X-ray of his collarbone and stuff. I don’t know. I’m getting a little suspicious.”

The popular opinion right now seems to be that Vettori will beat Holland and continue his strong run of form, but ‘Big Mouth’ is going to serve as a tough opponent – even after his loss to Derek Brunson.

On the flip side, if Vettori does win, he’s got a potentially huge fight ahead of him against Till.

Both men seem to be one or two victories away from a shot at Israel Adesanya’s UFC middleweight title. Till would’ve taken the shorter path to get there, whereas ‘The Italian Dream’ hasn’t been beaten since losing to Adesanya via split decision in April 2018.

The 185-pound division is arguably as stacked as it has been in a long time. Still, even with that being the case, it’s not hard to stand out if you can string a few nice finishes together – which isn’t the easiest thing to do at middleweight.

At first this was just an exciting all-European showdown. Now, if it winds up happening, it’ll be a whole lot bigger.