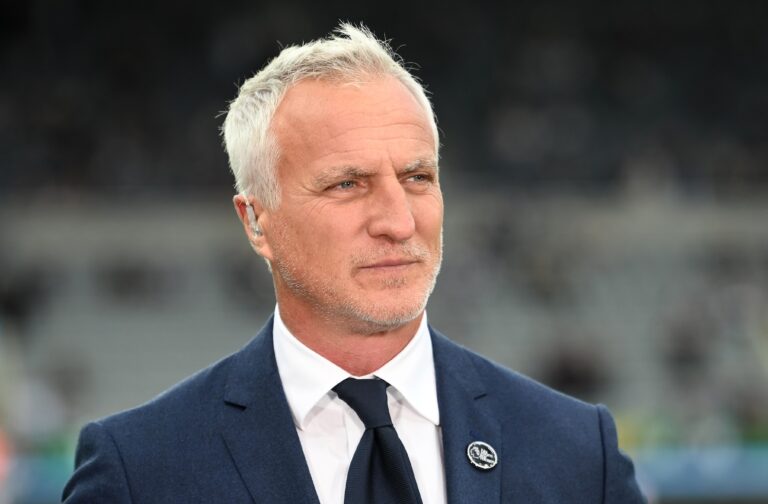 David Ginola has spoken of the vital importance of having life-saving equipment, such as the defibrillator, on-site to use in medical emergencies.

The Premier League game between Newcastle and Tottenham at St James’ Park yesterday was temporarily suspended after a fan suffered a cardiac arrest towards the end of the first half.

Spurs defender Sergio Reguilon quickly alerted the referee to the incident, whilst team-mate Eric Dier rushed over to the bench to alert the Newcastle team doctor.

A nurse in the crowd had already begun performing CPR on the fan, and a number of other on-site professionals administered emergency treatment using a defibrillator.

Newcastle released a club statement at around 9pm on Sunday evening. They stated that the fan was “stable and responsive” in hospital, and was “awake and able to converse” upon being transported to the hospital.

Speaking shortly after the incident occurred, Ginola – who was on punditry duty for Sky Sports – spoke about the importance of defibrillators and performing CPR.

The Frenchman himself suffered a cardiac arrest during a charity match in his home country in 2016, and was told that the CPR which was performed on him on the pitch was critical to his survival.

Ginola later added: “Luckily [the fan] is surrounded by a lot of people, he is in the stadium and obviously we have a defibrillator around.”

“But if anything happened like that at home without anyone around or any defibrillator, it would be a major problem.”

More information on defibrillators and how to perform CPR can be found on the British Heart Foundation website.