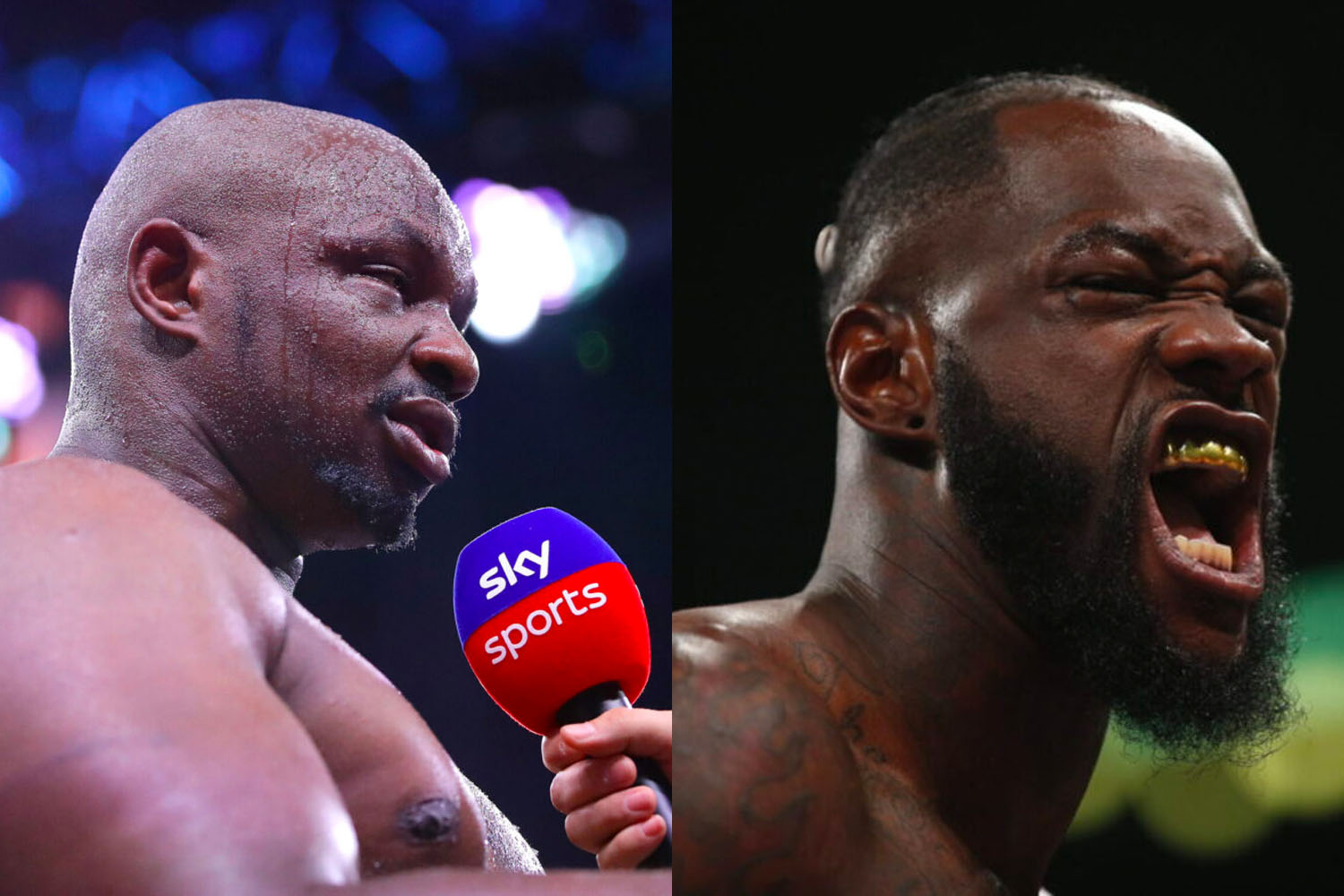 Deontay Wilder and Dillian Whyte have reignited their war of words as the rivalry between the two heavyweight stars continues.

Over the course of the last few years we’ve seen British boxer Whyte go after Wilder in the hope that he can land a fight against him. Alas, it never quite materialised, with ‘The Bronze Bomber’ opting to focus his attention on another UK star – Tyson Fury.

Could Wilder vs Whyte happen?

Whyte, on the other hand, is ready to get back into the squared circle after avenging his shock loss to Alexander Povetkin with a knockout of his own in the rematch.

During two separate interviews with Sky Sports, the pair had some less than friendly things to say about one another.

“Dillian Whyte could have got this work,” Wilder said. “He ain’t nothing but s*** to my toilet paper, that I flushed a year ago. But let him keep fighting. Keep going mate. Soon we shall see each other once more and see that he grow some type of balls.

“It doesn’t matter to me what he said to me. Silence is golden. It’s just like having many roaches and when you put that light on, they are going to scatter. You are going to kill some, but some of them are going to go get free. The ones that get free, you can only hope to get them when you put the lights on again. Run roach run.

“He is the bottom of my feet, the scum between my toes. That’s what I look at him.”

Whyte, you can imagine, wasn’t about to take that lying down.

“That’s what he does, he tries to use these words to confuse people. He just talks s*** the whole time. When you ask him a question that he can’t answer, because he’s not smart enough or eloquent enough to answer, he just spins a web of talking s*** to distract from the fact that he’s a w****** basically.

“He will never fight me, he’s a coward. He’ll make excuses. ‘Oh, keep fighting, this, that and whatever.’ He should say, ‘I’ll knock out Dillian Whyte,’ that’s what he should be saying. I wouldn’t be saying, ‘Oh keep fighting mate.’ He’s just a first-class w******.

“It’s a shame that Tyson Fury is going to beat him again and then I won’t get to fight him. He’ll retire, run into the abyss and never be seen again.”

Wilder’s attention is currently focused on his trilogy bout with Tyson Fury which is set to take place on July 24.

Who will Joshua and Fury face if superfight doesn’t happen?

How the boxing world is predicting the Fury vs AJ fight

Who will Joshua and Fury face if superfight doesn’t happen?

How the boxing world is predicting the Fury vs AJ fight