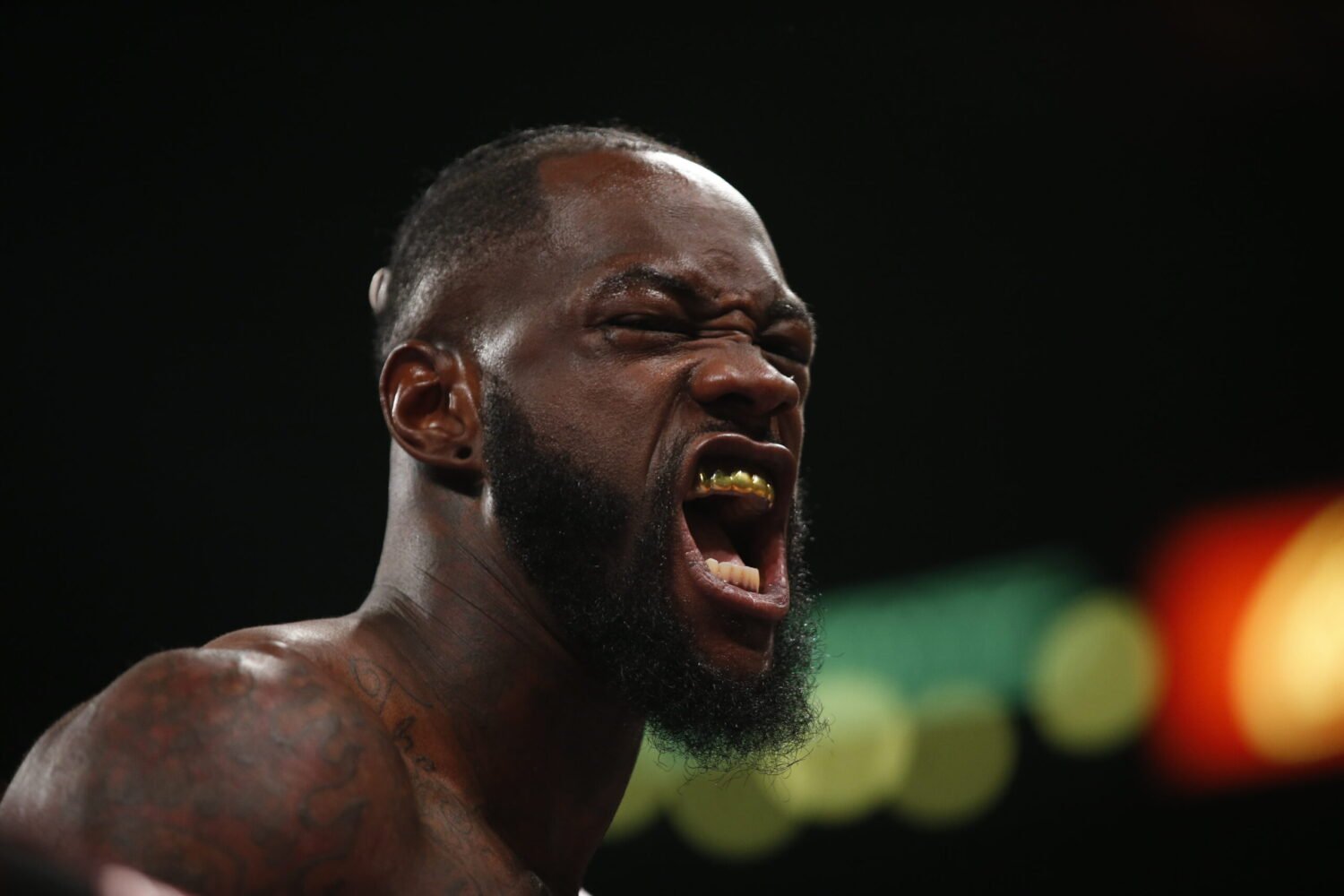 Deontay Wilder has stated that he wants to “go to the top” as he looks ahead to his next opponent.

The ‘Bronze Bomber’ has not stepped into the ring since suffering defeat against Tyson Fury in February of last year.

Fury stopped Wilder in the seventh round, having dominated the judges’ scorecards up until that point.

A planned trilogy bout between the pair was initially postponed due to the COVID-19 pandemic, before Fury’s representatives then set their focus on securing a deal to fight Anthony Joshua.

Wilder himself now appears to have moved on from the prospect of fighting Fury, with the 35-year-old now looking at other opponents in order to further progress his heavyweight boxing career.

“But anyone I haven’t faced at the top that’s you [not Tyson Fury or Luis Ortiz].

He later declared: “I’m just going to the top. Once you go to the top and it’s someone I haven’t fought, that’s who I want to fight.

“I want to clean this division out period.”

Looking to the future

One potential opponent for Wilder is Joshua himself, although promoter Eddie Hearn has stated that any bout could only occur in 2022.

An arbitration process between the Wilder and Fury camps, which began last year, is yet to be fully concluded. Despite that, Hearn has said the process would not stand in the way of any possible fight.

Back in 2018, Wilder’s manager Shelly Finkel claimed that the Brit had turned down an offer to fight the ‘Bronze Bomber’ after negotiations. Joshua would subsequently go on to face WBA mandatory challenger Alexander Povetkin.

Andy Ruiz Jr. could be another option for Wilder, although the Mexican has not fought since he was defeated by Joshua back in December 2019.