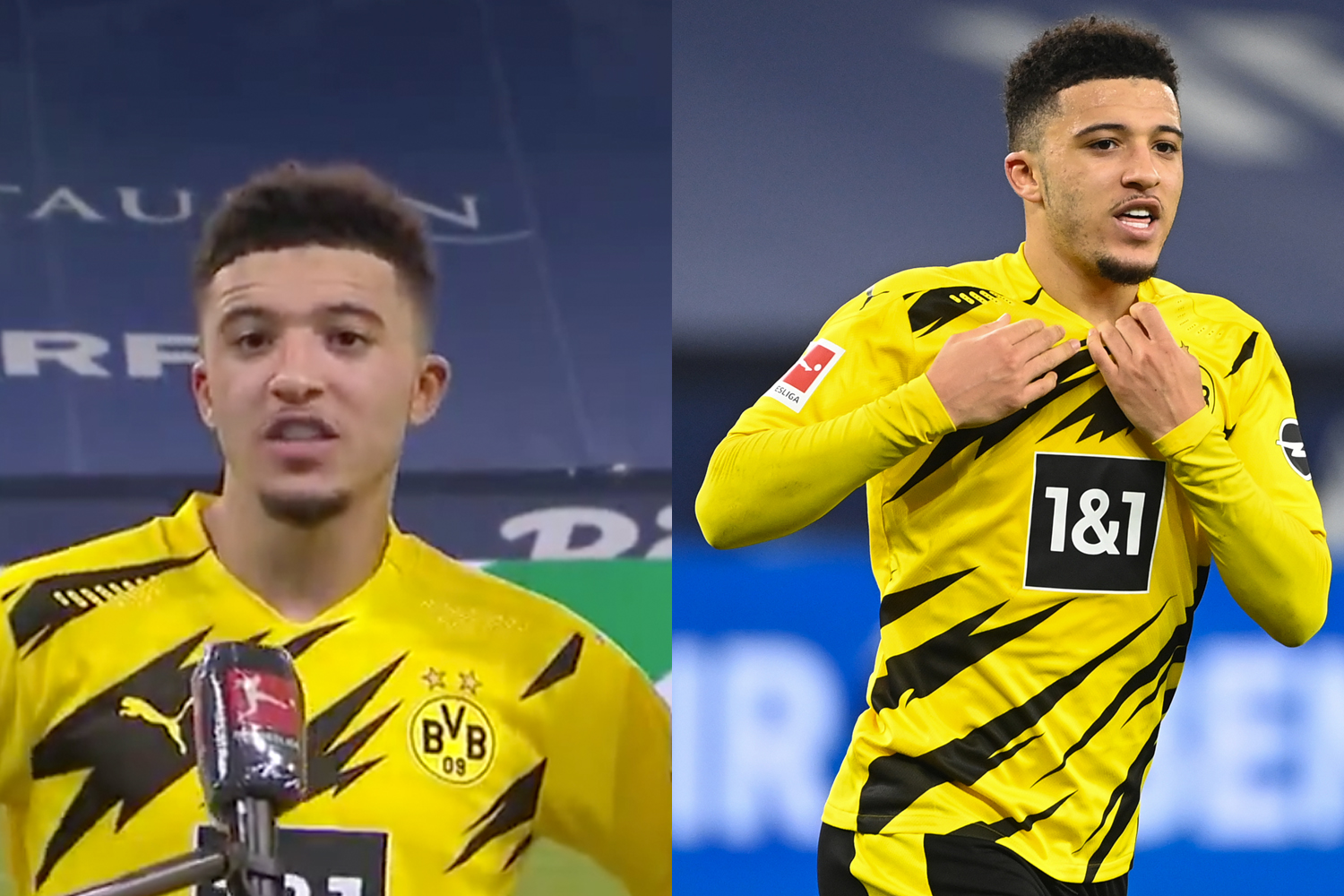 Jadon Sancho’s post-match interview at the weekend arrived with a subtle twist – the use of a German-tinged accent.

The 20-year-old played a key role in Borussia Dortmund’s 4-0 victory over fierce rivals Schalke on Saturday, scoring once and setting up Erling Haaland’s 45th-minute strike.

The English winger now has four goals in five games in all competitions, and holds the record for the youngest player ever to score 35 Bundesliga goals.

Dortmund now sit in sixth position in the Bundesliga following the victory, six points off the Champions League places. Leaders Bayern are 13 points ahead.

Another point of interest came after the match, when Sancho spoke to the press alongside Haaland.

In the interview, he appeared to speak English with a hint of a German twang when discussing the team’s performance.

He said: “I know for the club that this game is everything, so I knew today that was a big one for the fans.

“Especially because they can’t celebrate it with us, I had to show to the camera that it was very important to us.

“I’m just very happy and delighted for the win. We just have to carry on this form for the next game.”

Social media quickly reacted to the interview, comparing Sancho’s German accent to when Steve McClaren infamously attempted a Dutch accent whilst in charge of FC Twente back in 2008.

There were also comparisons to when Joey Barton hilariously adopted a French accent during his time on loan at Marseille in 2012, in one of the more interesting press conferences you will see. He then brought it back out again the following year whilst speaking with team-mate Andre-Pierre Gignac.

Barton was one of many to offer his views – and reassurance – regarding Sancho’s adaptation.

In response to the interview, he tweeted: “Don’t worry @Sanchooo10. Happens to the best of us.”