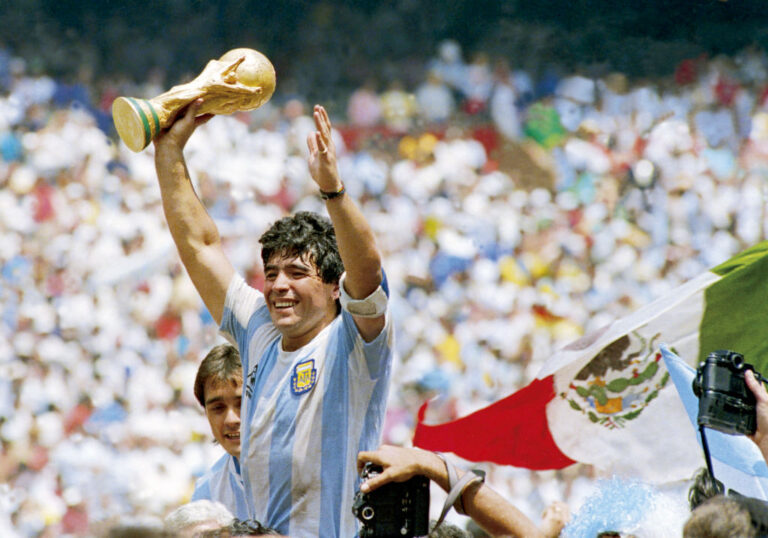 In what might just be the most unbelievable story of the year, fans of late Argentina icon Diego Maradona intend to take his heart to the 2022 World Cup.

Maradona sadly passed away in November 2020. He was 60 years old. The legendary attacking midfielder reportedly suffered a heart attack in his home, just a few weeks after brain surgery to remove a blood clot.

As one of the greatest footballers of all time, Maradona received an outpouring of tributes from around the sporting world and beyond.

His former teams, Napoli and Barcelona, led tributes to the legend. For instance, last month, they held a minute’s applause in the 10th minute of their Europa League game to celebrate his life. The Italian side have also released tribute kits to Maradona.

However, an investigation into the World Cup winner’s passing may give his fans a bizarre opportunity to carry Maradona’s heart to Qatar.

According to reports, Diego Maradona’s heart is stored in a police lab in Buenos Aires. He was buried without it so that coroners could carry out tests. In addition, security protects the organ to prevent fans from stealing it.

An advertising company and PR business now want to take Maradona’s heart to Qatar. They plan to inspire the current Argentina side to World Cup glory.

The companies, called Bombay and SBO, released a statement to outline their plan.

“We want to fulfil what we feel would be his wish. We want Maradona’s heart to travel with the national team to Qatar,” reads the statement (as per ESPN).

“That he travels with them, that he be in the training camp, in a room, on the bus, and in the locker room. Also, on the pitch, and if God and Diego want, next to the long-awaited cup. It’s our dream, and we want it to be everyone’s dream from today.”

“It could be an initiative to promote the donation of organs,” he said. “Taking Diego’s heart to the World Cup, which is going to be Messi’s last, could be very interesting. It’s a dream.”

Maradona’s family and the Argentina FA have not confirmed the potential of Mentasti’s plan.