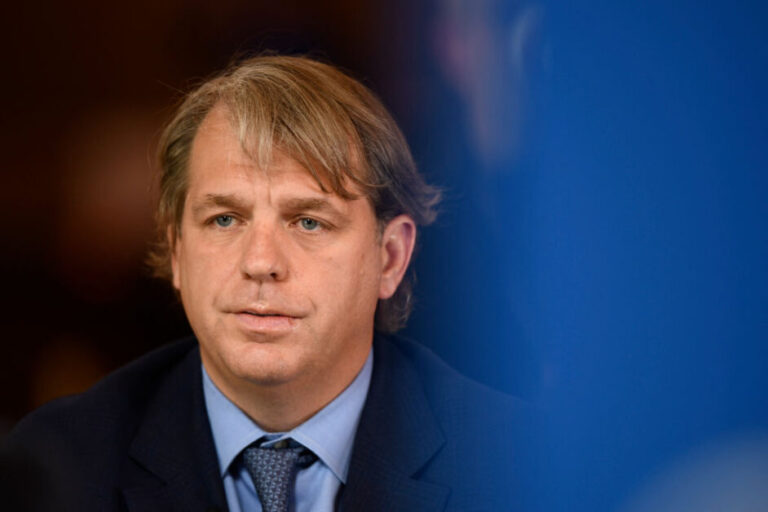 Todd Boehly is part of a consortium looking to purchase Chelsea.

As of March 25, Boehly is reportedly involved in a two-horse race to take over the club from current owner Roman Abramovich.

The necessity of the sale of the club has been greatly strengthened since Abramovich was sanctioned by the UK government following Russia’s invasion of Ukraine.

The government says, as reported by BBC News, that Abramovich is “one of the few oligarchs from the 1990s to maintain prominence under [Russian president Vladimir] Putin”.

Prior to that decision, the Russian had already reportedly offered Chelsea to a group of billionaires, including Swiss philanthropist and businessman Hansjorg Wyss. Wyss is part of the consortium involving Boehly – and the pair could soon be part of the new ownership group of the club.

What did Wyss say about the ownership of Chelsea?

At the beginning of March, Wyss told Swiss newspaper Blick – before the Abramovich sanctions – that the asking price for the London club was too high. However, those close to the 86-year-old suggested that he was still interested in buying Chelsea from an ideological standpoint.

According to Nicola Imfeld, Wyss sees the opportunity to buy Chelsea from a Russian with close ties to Putin as a way of distancing the club from Russia and the war.

Read: Hansjorg Wyss net worth: How rich is the potential new Chelsea owner?

Who is Todd Boehly?

Todd Boehly is the CEO of Eldridge Industries, a company involved in the sports and media sector. He is also part-owner of Major League Baseball franchise Los Angeles Dodgers.

However, his ownership has been the subject of questioning. For instance, the Dodgers currently have the highest payroll in the MLB and pay a large amount of luxury tax as a result. In addition, as per the Daily Mirror, he reportedly bought his stake in the Dodgers by taking out a loan and using the team’s money to pay for it.

Nevertheless, Boehly is worth a cool £4.7 billion, and has experience in running a sports team to boot. He also clearly wants to be in the Premier League. He attempted to buy Chelsea in 2019, with Roman Abramovich rejecting a £2 billion bid.

Todd Boehly has also commented on the Premier League in the past.

Boehly gives his thoughts on the Premier League

Speaking in an interview with Bloomberg, Boehly had nothing but praise for football and the Premier League. “Football is the biggest sport in the world. The passion that the fans have for the teams is unparalleled.”

Ever the businessman, he looked at the targets you have as a sports owner. Furthermore, he compared it to his ownership of the LA Dodgers.

“When you start to think about what you’re trying to build with these teams, you want to A) win and B) be part of a wider community.

“If you look at what the Premier League offers, it is all those. It has the highest quality play, the best players.”

Boehly also took the opportunity to praise the marketability of the league.

“You also have a media market that you know is just really developed,” he said. “One of the great things the Premier League has is that it is on Saturday mornings in America, so you have an uncongested time slot that is now dominated by the Premier League.

“Kids nowadays know what’s the best. The Premier League is the best.”

The American businessman has clearly been a long-time admirer of the Premier League. In addition, if this consortium comes through to buy Chelsea, the London club may have another passionate owner to carry them forward.

The ePremier League returns for the 2021/22 season