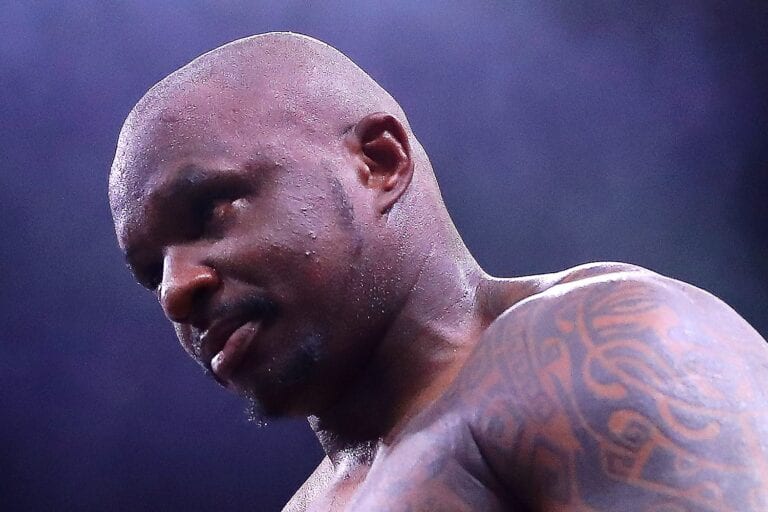 British boxer Dillian Whyte has reminded Andy Ruiz Jr that he hasn’t forgotten about him, via a comment on Instagram.

Whyte went in search of a fight against Ruiz this time last year after the 31-year-old’s loss to Anthony Joshua. While it didn’t come to fruition, that didn’t stop Whyte from hurling insults in the direction of ‘The Destroyer’.

Dillian hasn’t exactly had things all his own way in recent times after his shock knockout defeat at the hands of Alexander Povetkin last August. He’ll have a chance to avenge the loss at the end of the month, but many still feel like his stock has taken a big hit.

Ruiz, meanwhile, has confirmed he’ll be fighting Chris Arreola in his comeback bout on April 24. If he wins convincingly then it’s not unreasonable to suggest a big title shot won’t be too far away.

Yet sometimes, all it takes is a simple comment on social media to let a man know there’s still something brewing, even if it may have lacked in terms of creativity.

“Shut up Andy”. Just a little warning that Whyte is still lurking, waiting for the potential matchup.

These two men are on different trajectories right now but they do both still have something to prove. Ruiz wants to showcase that he has what it takes to be an elite heavyweight whereas Whyte wants to make the Povetkin loss look like a one-off.

One person who will be watching all of this chaos from afar is Anthony Joshua. He appears to have his hands full with Tyson Fury but if either of these two goes on a great run of form, another meeting could be on the cards down the line.