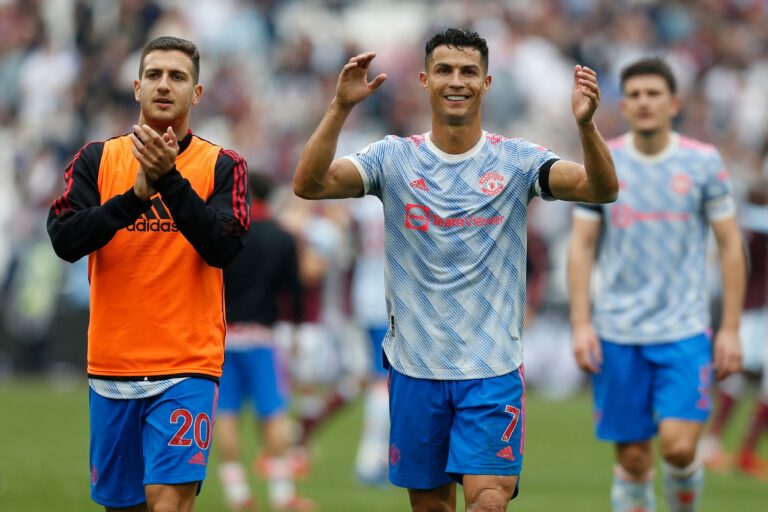 Diogo Dalot has said that he is “very proud” to be able to play alongside Cristiano Ronaldo at Manchester United.

Dalot, who also features alongside Ronaldo for the Portugal national team, joined United in 2018 from his home club Porto – the same path Ronaldo took in moving to Old Trafford from Sporting Lisbon in 2003.

The two men even combined during Portugal’s 3-0 win over Qatar on Saturday, with Dalot assisting Ronaldo to score their side’s opening goal of the evening.

Speaking to United’s official club magazine, Inside United (quotes via the club’s official website), Dalot spoke of the elite forward as a “big reference” growing up, and is “very happy” that he made his return to the club this summer.

He explained: “My first memory was when he was at United, that’s when I learnt all about him and really liked the way he played.”

“I’ve spoken many times about Cristiano – he was a big reference for me growing up and then having the opportunity to meet him in the national team, and now being his team-mate. It’s a very good achievement for me too because when you grow up you want to play with the best and, playing with the best, it’s a very proud moment in my career.”

“In our country, everybody knows him, everybody follows him and he’s had a big impact. It’s another level. Something we can’t describe with words, just to enjoy while we still can and he’s still playing. And I’m very happy that he’s here now.”

Ronaldo broke yet another record in his historic career on Tuesday evening after he netted a hat-trick in Portugal’s 5-0 victory over Luxembourg.

It is the 10th time he has scored a hat-trick for his country – more than any other footballer.

That took him to 115 goals in international football, stretching his advantage at the top of the tree even further after he broke Ali Daei’s long-standing record of 109 international goals last month.

At club level, Ronaldo and Manchester United are next in Premier League action on Saturday. They travel to the King Power Stadium to take on Leicester City.