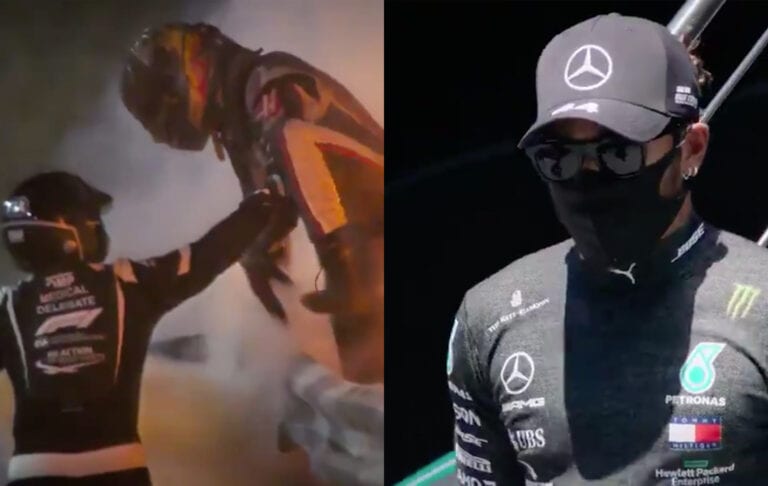 It’s a big day in the calendar of F1 fans, as the latest season of Drive to Survive finally drops on Netflix.

Series 1 & 2 of the show were a massive hit with fans, giving them a closer look at one of the most exclusive sports on the planet.

Lewis Hamilton once again became World Champion for a record seventh time, that in itself is no secret, but this series offers a behind-the-scenes glimpse at untold tales from the F1 season.

2020 gave fans some massive surprises, along with new heroes to support with the likes of Geroge Russell and Lando Norris emerging as fan-favourites for their off the track antics.

Of course this season also saw audiences watch on in horror, as Romain Grosjean made his miracle escape during the latter stages of the season.

Netflix are also giving fans a look at Sebastian Vettel’s final season with Ferrari as well as that of Carlos Sainz at McLaren, ending the love affair between him and Norris.

The third instalment will take fans through a rollercoaster season which was hampered by the pandemic. With that brought new locations and more importantly new winners.

The teams have been teasing clips of the series throughout this week after the initial trailer hit last week, causing a frenzy among fans.

The 2021 F1 season starts next week in Bahrain with plenty of new faces on the grid as well as some familiar ones in very different colours.