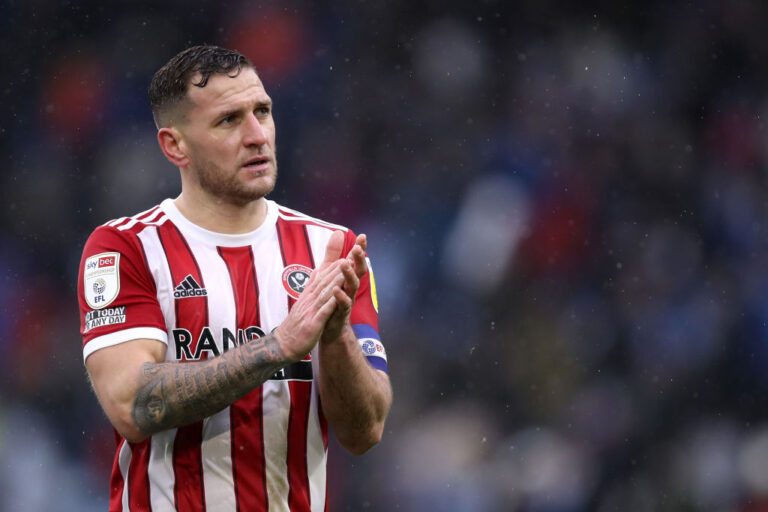 The EFL are reportedly planning to clamp down on pitch invasions after an assault on Billy Sharp by a spectator on Tuesday night.

Nottingham Forest supporters flooded the pitch after watching their side defeat Sheffield United on penalties in the Championship play-off semi-final.

One supporter ran directly towards the unsuspecting Sharp, knocking the Blades striker to the floor. Nottinghamshire Police arrested a 30-year-old man after the incident.

The man pleaded guilty to assault occasioning actual bodily harm on Sharp and was jailed for 24 weeks by Nottingham Magistrates Court on Thursday. A separate charge of illegally entering the playing field was dropped.

Nottingham Forest issued a statement following the incident, which reads:

“Nottingham Forest Football Club are appalled to learn that our former player, Billy Sharp, was assaulted leaving the pitch after tonight’s match at The City Ground.

“The Club will work with the authorities to locate the individual in order to ensure they are held to account for their actions, which will include a life ban from Nottingham Forest.

“The Club would also like to apologise to Billy personally and to Sheffield United Football Club.”

In addition to the assault, the invasion at the City Ground raised concerns about the safety of such celebrations. Thousands of fans hurtled onto the pitch, and some threw flares across the pitch.

We saw the same celebrations just one night before, when Huddersfield defeated Luton to progress to the Championship play-off final. Fans invaded the John Smith’s Stadium to mark the victory.

But pitch invasions aren’t a new thing – they are part of football.

Whether it be a vital goal, a title victory, or surviving relegation, invading the pitch is common in the sport.

Until now, football’s governing bodies do little to punish those who breach the barriers and parade onto the pitch. Individuals suffer the consequences, but when masses of fans flood the pitch, there isn’t much they can do.

But now, the EFL are taking action.

According to a report from The Guardian, the EFL are considering several sanctions. Partial and full stadium closures are amongst the punishments clubs could receive for their fans invading the pitch.

The move comes as English footballing authorities look to crack down on fan disorder.

Following the alleged assault on Sharp, the EFL said:

“We recognise that this lawlessness is being conducted by a small minority of individuals and that the majority of people attending matches are a credit to their club.

“However, it is not acceptable for supporters to enter the field of play at any time, given the EFL’s objective is to ensure our matches remain a safe and welcoming one for all. Therefore, over the summer, we will consider what further measures are now at our disposal, including the potential use of capacity reductions or other similar mitigations.

It is vital that those playing the game can do so safe in the knowledge that they will not be subjected to violent, threatening, or antisocial behaviour.”