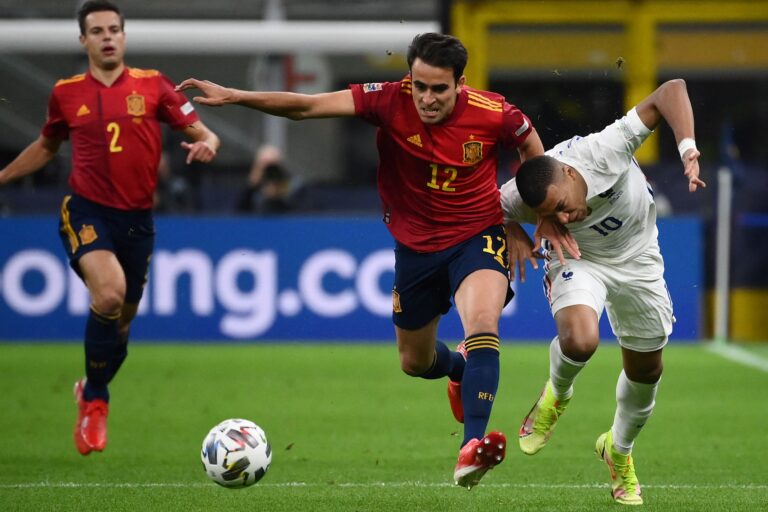 Mbappe secured France‘s first trophy since winning the 2018 World Cup with the goal which sealed a 2-1 win for Didier Deschamps’ side.

They had come back from 2-0 down to defeat Belgium in the Nations League semi-final. Goals from Karim Benzema, Mbappe and a 90th minute Theo Hernandez strike ensured their progression through to the showpiece event, which took place on Sunday evening.

All three goals in the final were scored in the closing half hour. Mikel Oyarzabal put Spain ahead on 64 minutes.

Benzema then hit back for France just two minutes later with a superb curling effort to level the scores again.

Mbappe struck on 80 minutes to score what turned out to be the winning goal, running through on goal before slotting the ball beyond goalkeeper Unai Simon.

It looked like Mbappe was marginally offside when the ball was played through by Theo Hernandez, but the goal was eventually awarded by VAR.

Garcia says he was told by referee Anthony Taylor that because he had attempted to play the ball, his opponent Mbappe could not be offside – but the Barcelona defender believes that the Frenchman was offside.

He said (quotes via Metro): “Mbappe is offside. The referee tells me that I tried to play the ball. What should I do? Step aside and let him run? Apparently that’s the rule.”

Garcia’s team-mate Cesar Azpilicueta told Sky Sports: “The referee is there to make decisions. What I’m more disappointed is that the referee who makes the decisions is not Anthony Taylor who was here, it’s the one who is in the VAR.”

“I think the monitor is there to use it.”