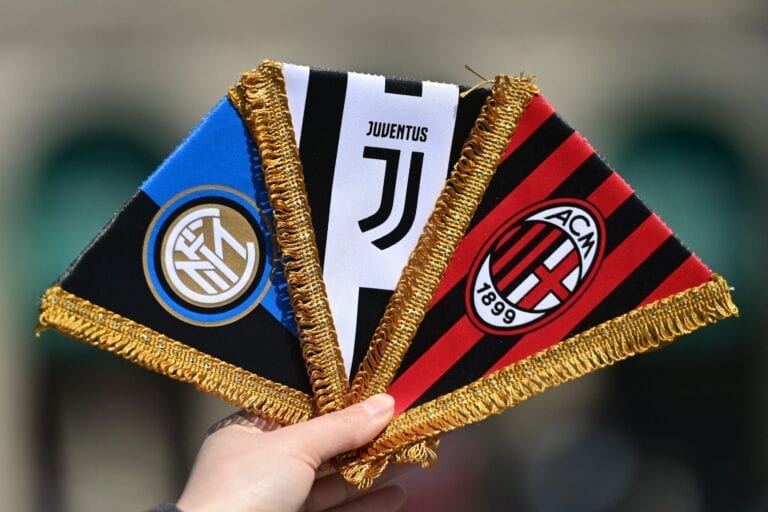 AC Milan and Juventus could be in danger of expulsion from Serie A over their continued involvement with the European Super League.

The sides were two of 12 founding members of the Super League, which was announced on April 18 to much backlash and criticism from the footballing world.

UEFA threatened to ban participating players from featuring for their national teams, as well as kicking the clubs out of the Champions League.

But when Manchester City and Chelsea declared their intentions to pull out of the Super League last Tuesday, the other four English clubs involved – Arsenal, Liverpool, Manchester United, Tottenham – followed suit.

They were then followed by Atletico Madrid and Inter Milan, which caused the plans to collapse.

But four teams are yet to officially announce their intention to withdraw from the Super League – and they include Milan and Juventus.

Juve chairman Andrea Agnelli was named as one of the league’s four vice-chairmen. He also left his position as chairman of UEFA’s European Clubs Association.

On the pitch, both Juventus and Milan have been struggling for form. They currently occupy fourth and fifth in Serie A, and face a battle to secure Champions League qualification for next season.

Italy’s sole representative in the semi-finals of this season’s two European competitions are AS Roma.

Now, the teams have been warned that they could be kicked out of Serie A by the Italian Football Federation (FIGC) if they sign up for an unauthorised league.

The FIGC have approved a new rule that would ban any club that signs up for a breakaway competition from their domestic leagues.

FIGC president Gabriele Gravina explained: “As for the anti-Super League rule, whoever is considering joining a competition which is not authorised by UEFA, FIFA and FIGC will lose their membership.

“Anyone who has interpreted the Super League as an act of simple weakness on the part of some companies experiencing economic difficulties, is wrong.

“At the moment we have no news of who stayed and who left the Super League.

“If, by the deadline for applications to the national championships, a team joins other championships of a private nature, they are out [of FIGC competitions].”