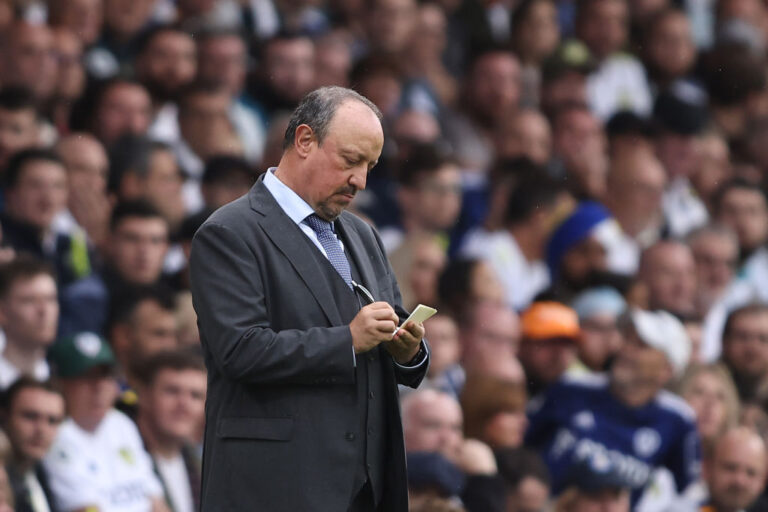 Everton fans are seemingly coming around to the idea of Rafa Benitez being their manager after they were heard cheering his name at the John Smith’s stadium following their win.

The Toffees beat Huddersfield Town 2-1 in the Carabao Cup after goals from Alex Iwobi and Andros Townsend.

It makes for the second win in three opening 2021/22 games for the Merseyside club – they defeated Southampton on the opening day 3-1 and earned a hard point against Leeds at a lively Elland Road.

Benitez has a heavy connection to Everton’s biggest rivals Liverpool, but it appears that positive results are swinging the pendulum in favour of the Spaniard.

The travelling Everton fans showed their appreciation for the coach, but Benitez still has a long way to go yet if he is to completely win around the support.

Everton has the foundations to be a superb club but their decision making just hasn’t been the best.

But the likes of Iwobi and even Townsend playing out their socks for their manager shows that Everton might have already moved up levels.

The side finished seventh last season but the side will be hoping to make a huge push towards a place in Europe and a good cup run.

Benitez on the fans

After the game, Benitez spoke his admiration of the fans via the Liverpool Echo.

“I think that the majority of the fans were great from the beginning and they know when you start playing and the players are showing commitment on the pitch, the fans are happy with that,” Benitez said.

“We are trying to improve every player and they understand the difficulties of the financial fair play rules for us and appreciate we are professional and are fighting for our club.