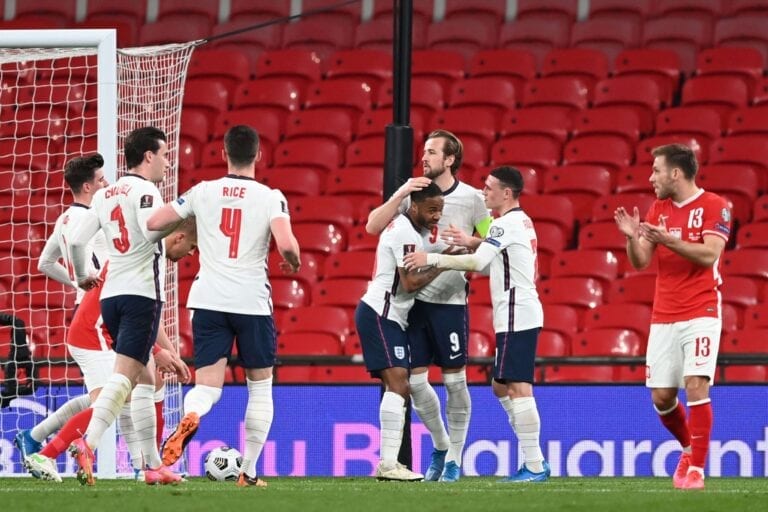 Euro 2020 has finally arrived, with Turkey and Italy kicking off the tournament in the Stadio Olimpico in Rome.

The tournament was due to begin last summer, but was postponed due to the COVID-19 pandemic.

It was originally set to have 12 different hosts as the European Championships marked its 60th anniversary.

That number has now dropped to 11, with Dublin dropped from the hosting of three group stage games and one last-16 tie at the Euros. Seville, meanwhile, have taken over the games that were due to be hosted in Bilbao.

Gareth Southgate‘s side kick off their campaign on Sunday against old foes Croatia.

When do all of England’s group games take place – and when could they play if they progress to the latter stages of Euro 2020?

Strap in, this could get a little complicated…

England’s first game kicks off on Sunday June 13 at 2pm at Wembley Stadium.

Three days later on Friday June 18, they take on Scotland at Wembley, with a 8pm kick-off.

Southgate’s side complete their group stage fixtures with a game against Czech Republic on Tuesday June 22. That kicks off at 8pm, and will also be staged at Wembley.

Should England progress through the group stages, the draw gets slightly more complicated.

If they win Group D, they will take on the runner-up of Group F (one of Hungary, France, Germany or Portugal). That last-16 tie will take place on Tuesday June 29 at Wembley, with a 5pm kick-off.

If they finish second in Group D, they will face the runner-up from Group E (one of Spain, Sweden, Poland or Slovakia). That tie will take place on Monday June 28 in Copenhagen, with a 5pm kick-off.

Meanwhile, if they finish as one of the four best third-placed teams, there are a range of different combinations that could occur depending on where they rank in the third-placed table.

England could play on any the following dates and times:

England could theoretically play in any of the four quarter-final ties, should they reach that stage.

If they win the group and their last 16 tie, the Three Lions will play their quarter-final tie on Saturday July 3 in Rome against the winner of game seven, with a 8pm kick-off.

If they finish in second place in the group and win the corresponding last 16 tie, they will play on Friday July 2 in St Petersburg against the winner of game six, with a 5pm kick-off.

England would feature in either of the other quarter-final fixtures if they finish third in their group – depending on results compared to other third-placed teams. Those fixtures are as follows:

Like the quarter-finals, England could occupy any one of the slots in the schedule should they progress to this stage.

They would be guaranteed to play at Wembley, with the stadium hosting both of the last four fixtures.

The semi-finals of Euro 2020 are to take place as follows:

There are three rest days following the semi-final, meaning that if the Three Lions reached the final, they would have the opportunity to play for their first international trophy in 55 years on Sunday July 11.

That game will take place at Wembley, with a 8pm kick-off.

The full schedule of Euro 2020 fixtures is available via UEFA’s website.