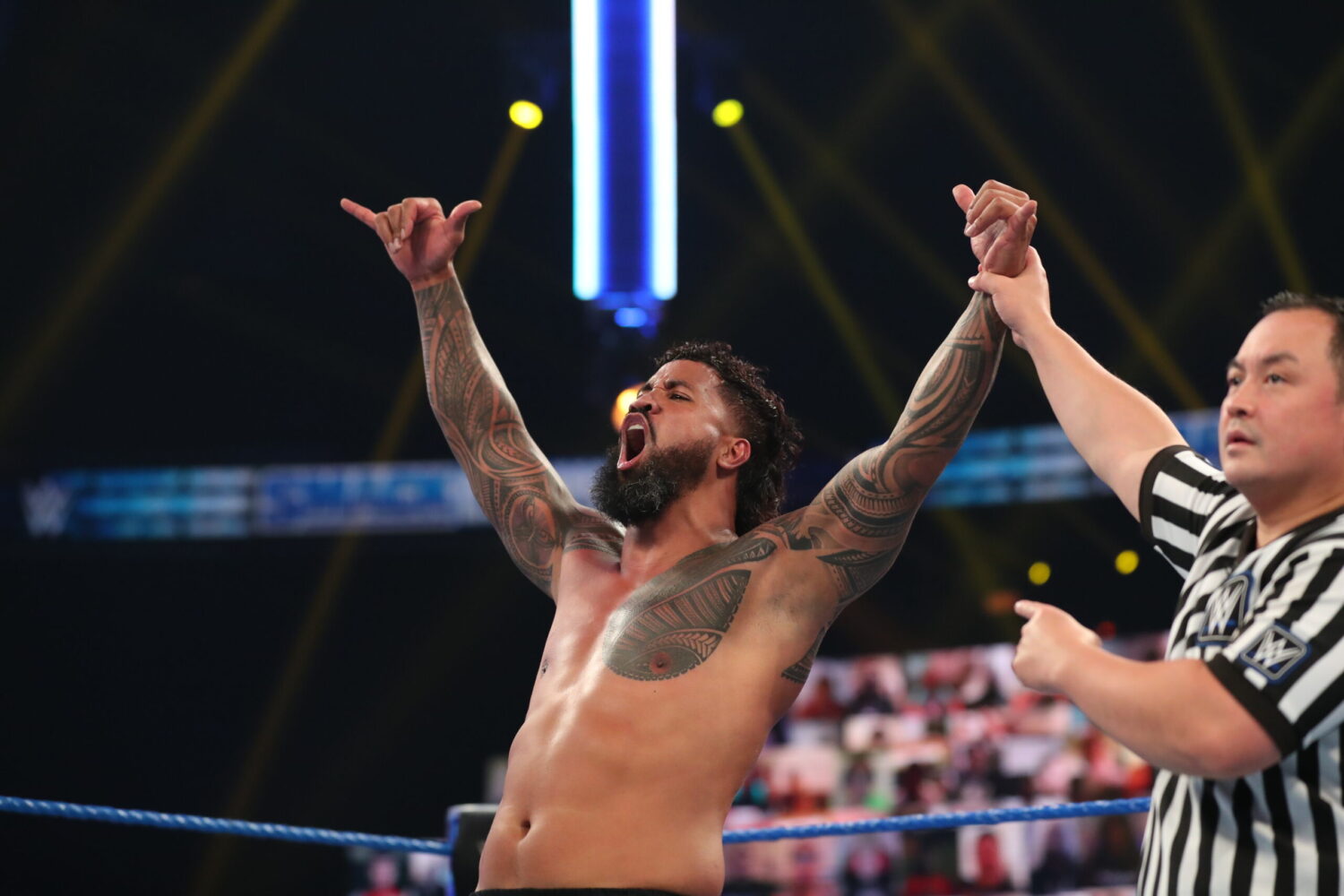 This Sunday at Clash of Champions, Jey Uso faces one of the biggest challenges of his career to date – a Universal Championship match with his cousin Roman Reigns.

The PPV marks Jey’s first ever world title shot after being one of the leaders of the tag team division with his brother Jimmy, who is currently sidelined with a knee injury.

The 29-year old has been associated with Reigns since an early age, growing up with ‘The Big Dog’ as part of the legendary Anoa’i family. 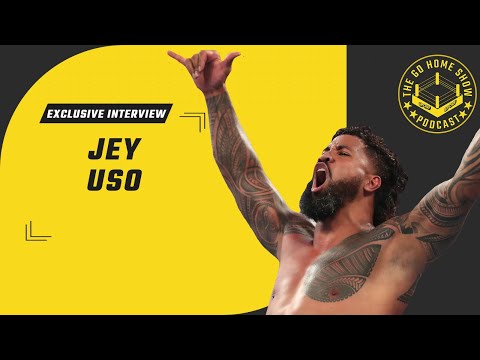 The Go Home Show Podcast got the chance to grab an exclusive interview to talk all things Clash of Champions, facing his cousin Roman Reigns, the Anoa’i family and what’s next for the Usos.

How are you feeling ahead of the match on Sunday?

It’s been good man, it’s been crazy. The lead ups every single week has been crazy. It’s been an awesome ride, never got as much love and hate too at the same time but I’m enjoying it uce! I’m finally kind of feeling like what the spotlight feels like uce, what being in the main spot feels like. I can get used to this!

What does it mean to you to be challenging as a single’s contender?

It’s like a land animal being placed in water right now because big dog’s used to that. Big Dog, that’s his yard uce! Tag team division you know, I can claim that as my yard uce because my brother is always there. That too, brother’s always there uce. He’s not there no more, I can’t…we’re not leaning on each other. It’s 1 on 1 uce, it’s the Big Dog v The Underdog! But I’m used to that right because this is legit backyard stuff. We about to be 8 and 9 years old on Sunday all over again you know.

? Do YOU agree with him that's it's the best @WWEUK theme song EVER?

You and Roman have been fighting your whole lives, how special is it to go up against your cousin?

Real special, uce. Very emotionally invested in this match. I’m so glad I’m going through this experience with him. Paul Heyman too, you know, man like Paul Heyman. Shoutout to Paul Heyman though for being around my family for so long. I know he’s got his ways but that’s Paul E. Dangerously back with the big cell phone. I was like “What is that? Look like you’ve got a playstation remote next to your head” As far as family goes, we proud because it’s a win win situation. It’s the Universal title stays in the family.

What do you make of Roman’s new look?

I can tell he’s been working hard. That’s the big dog uce! This is his yard, he shows up and wins. He literally shows up and wins and does what he wants to do. You seen how he did the Fiend, you see how he did Braun Strowman. What make you think he ain’t gonna snap on Sunday and do me like that? I’m prepared for that uce. I’m ready to go to war. He knows this deep down.

The bloodline is strong in the Anoa’i family. Obviously, Rikishi is your Dad and Jimmy is your brother. What’ve they been saying ahead of the match?

Just I deserve it. Own it. None of that outside stuff man, stay focused and still love your cousin no matter what happens Sunday. We’re still cousins, we’re still bloodline. I’m still going to love him. I still want to take him to go eat sushi Monday. Let’s do this man, this is a blessing. This is good, this is a good thing man. For my career, just for talking with real life, you know, Josh and Joe. This is awesome, uce. Now we’re one on one fr the Universal Championship on the biggest wrestling platform man and so many people are ready for this bro. I didn’t know how people would catch on to this. They love this part, they love the storyline and they can’t wait to see the physicality on Sunday.

If you win Universal Championship, what’s the future of the Usos?

That’s the first and foremost. What can’t I get the Universal Championship and still be a tag team champion with my brother? We never have to split. I think we’re the longest tag team who’s never split in WWE. I would love to just…the train don’t stop at the Universal Championship uce. This is an awesome opportunity right here. Of course, I’m not going to waste it but my number one (goal) is to be the number one tag team. I’m trying to get the most reigns in WWE. I think the Dudleys got it maybe. It’s a good list in front of me. Hardyz, Dudleys and the New Day. We’ll just keep knocking them all down uce!

Watch Jey Uso and Roman Reigns’ showdown for the Universal Championship this Sunday at Clash of Champions from midnight on the WWE Network.