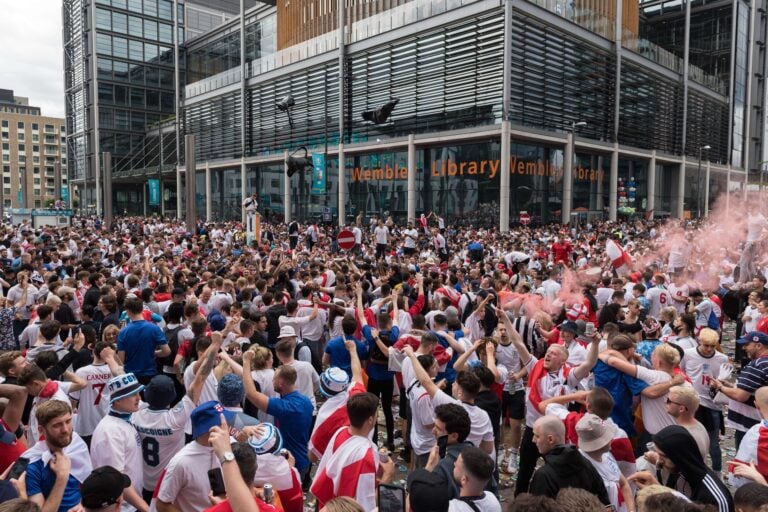 The FA has announced it will speak to ‘all relevant parties’ including ‘external experts’ as it launches an investigation into the scenes at Wembley during the Euro 2020 final.

The body has blasted some fan behaviour as “disgraceful’ in a statement released today by a spokesperson.

The final landmarked the first England final of a major tournament for the first time in 55 years. But the occasion was marred by controversy as reports emerged of drug-taking, aggression, violence, and some fans forcibly entering the ground to watch the game without a ticket.

In a statement released on Twitter today by the FA Spokesperson account, the Football Association announced an investigation will be launched with a “key emphasis of findings [to] ensure lessons are learned and such disgraceful scenes are never able to be repeated.”

Rugby World Cup winner Mike Tindall told The Guardian how he intervened in a brawl during the final.

A guy was there the whole time, smashed out of his face, literally didn’t watch any of the game,” the 2003 Rugby World Cup winner said on his podcast, The Good, The Bad and the Rugby.

“He was just too busy shouting at supporters that they should be standing on their feet, ends up getting into a fight with another one that’s straight behind my seat.”

“It got to a stage where this guy literally was trying to pile this guy in the face, there was a kid next to us, there was a kid on the other side crying because he couldn’t see the game because of all the guys stood in the [gangway],” Tindall added.