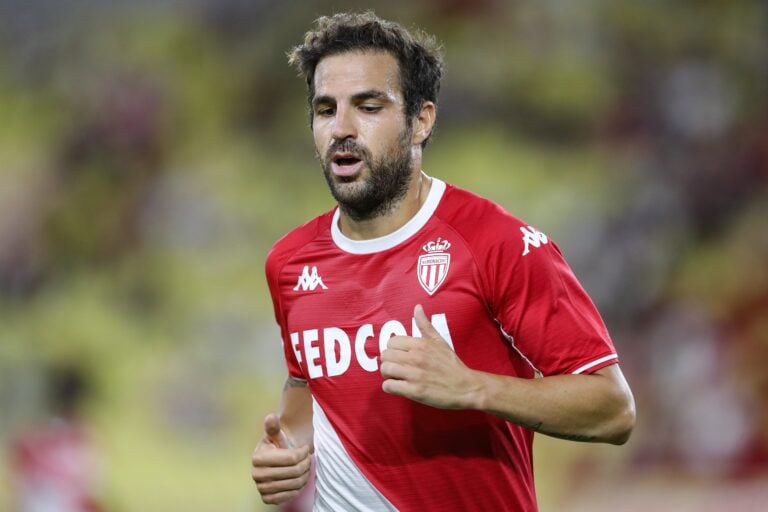 Former Arsenal midfielder Cesc Fabregas has named Steven Gerrard as his toughest opponent whilst playing for the Gunners.

Fabregas signed for Arsenal from Barcelona in the summer of 2003 and went on to establish himself as one of the best playmakers in world football. He spent two-and-a-half years as captain of the club before re-joining Barca in 2011.

The Spaniard made over 300 appearances for Arsene Wenger‘s side, winning the FA Cup and Community Shield in 2005. He was also part of the side that finished as runners-up in the 2005/06 Champions League.

During a Twitter Q&A, Fabregas was asked who his toughest opponent was throughout his first spell in North London. He responded with the name of Gerrard.

Gerrard was a key cog in Liverpool’s midfield in Fabregas’s spell at Arsenal,. The two regularly faced off in midfield as their respective teams chased top honours in English football.

Fabregas also posted on his Twitter account that today is exactly 18 years since he made his professional debut for Arsenal at Highbury.

He wrote: “18 years ago today I made my debut as a professional football player. It still feels like it was yesterday that I was entering the very special Highbury for the first time. I don’t know how the time has passed so fast but very blessed to have lived all this in this period of time.”

“Thank you Arsenal for giving me the best opportunity of my life.”

Fabregas played the full 90 minutes in Arsenal’s last match at Highbury in 2006 – a 4-2 victory over Wigan Athletic that secured fourth place in the Premier League and a Champions League qualification spot.

When asked for his memories of playing at the famous ground, he responded: “The stadium that I miss the most of all. What a special place!”

After spells at Barcelona and Chelsea – where he won a total of 11 trophies – Fabregas currently plays for Ligue 1 side Monaco.

He has only made two league appearances this season, owing to an injury which has kept him out of action since September.