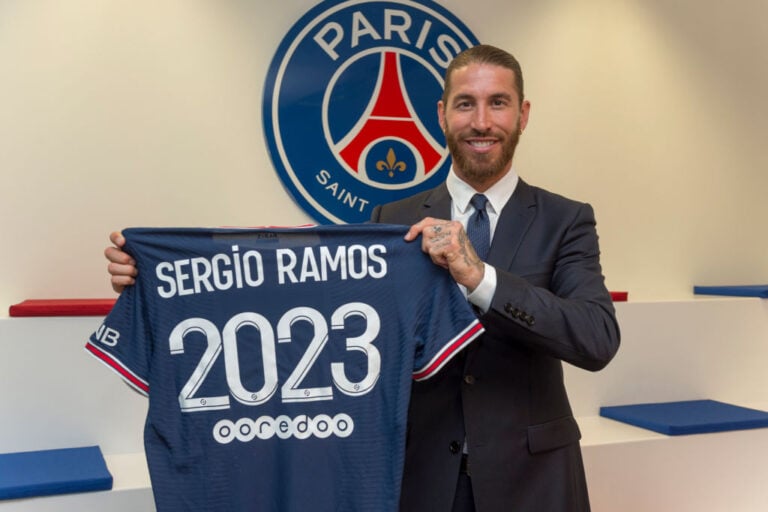 Football fans and pundits alike have taken to social media to praise Paris Saint-Germain’s work in the summer transfer window.

Over the course of the last few years PSG have made big strides in their attempt to finally claim the European Cup, but last season, they fell short both domestically and in the Champions League with many wondering where they were going to go from there.

As it turns out they’ve wound up in their strongest position yet with the kind of window that easily leaves them as favourites to win just about every competition they’re involved in for the 2021/22 campaign.

The greatest transfer window of all-time?

The impending signing of Lionel Messi is only going to further bolster their ranks with Sergio Ramos, Gianluigi Donnarumma and Achraf Hakimi serving as just a few of the names now residing in the French capital – alongside, of course, Neymar and Kylian Mbappe.

We all knew this had the potential to be a huge window for them but what they’ve actually managed to accomplish really does go above and beyond what many thought was possible.

Manchester City, in the eyes of some, could come close to PSG if they’re able to sign Harry Kane from Tottenham, but they’ll still be miles away from Mauricio Pochettino’s men.

The primary goal now will be for Poch to get these lads in training and really find a way to make this superteam tick on the pitch. They’ve got the kind of attacking prowess that even the most ambitious Football Manager player couldn’t muster up, but team cohesion is going to be a central component of where they go from here.

For now, they’ll focus on attempting to maintain their strong start to the Ligue 1 season when they host Strasbourg on Saturday evening in Paris.