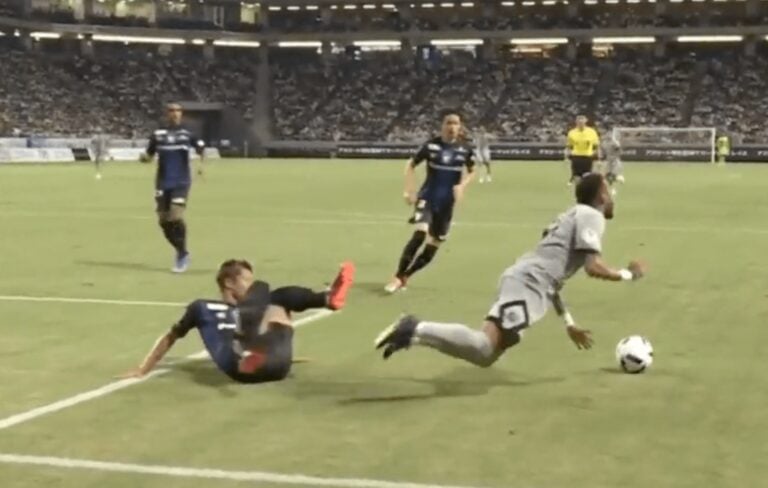 Neymar has been slammed by football fans for producing what some believe to be a hilarious dive in pre-season – although others don’t see it the same way.

Paris Saint-Germain were taking on Japanese giants Gamba Osaka in Suita, Japan, as their pre-season preparations continue. It was a good 90 minutes for Neymar, who scored twice and assisted Lionel Messi.

Christophe Galtier’s side have now finished their pre-season programme. They take on Nantes in the French Super Cup on July 30, before the Ligue 1 season begins the following weekend.

PSG won the game 6-2. Pablo Sarabia opened the scoring, before a Neymar penalty gave them a 2-0 lead. Gamba Osaka pulled a goal back, but Messi and new signing Vitinha put PSG in command.

Neymar’s second goal, and a late penalty from Kylian Mbappe, meant the French giants ended their season on a high note. However, despite his brace, their Brazilian icon was trending for all the wrong reasons.

With the scores at 1-0, Neymar embarked on one of his typical skilful runs into the opposition penalty area.

He took on the full-back with ease, beating him, before chopping back to get the ball onto his right foot. The defender desperately tried to get a foot in to stop him, but was nowhere near the ball.

However, upon seeing that he isn’t going to get to the ball, the defender withdraws his boot away from Neymar. There is no easily visible contact between the two players, with any contact minimal at best.

Despite this, the Brazilian went to ground theatrically, with a facial expression suggesting that he was in pain.

The Gamba Osaka players don’t really seem to take much notice of Neymar’s protest. But the referee did, going on to award PSG a penalty after a VAR check.

The Brazilian then stepped up and tucked his spot kick away. Plenty of fans have criticised the winger over the events leading up to the penalty.

One Reddit user wrote: “It’s harsh, but dives should be an immediate red card. Ridiculous, and it makes football look like a joke.”

Another said: “In a friendly bro, really?”

And a third user added: “When will the officials start booking him for unsporting behaviour?”

Others, however, jumped to Neymar’s defence, claiming that the minimal contact with the defender’s leg was enough for him to go to ground and win the penalty.

One said: “It may not be enough to make him fall (hard to know with that angle only) but look at where the contact is. The studs clearly touch towards the end of Neymar’s right foot, exactly around where he had his two metatarsal fractures.”

The user was backed up by another: “Looks like the defender’s leg bounces off. I don’t think I’m missing anything. Next to impossible to bring your leg back that fast. Exaggerated, but that is a foul.”