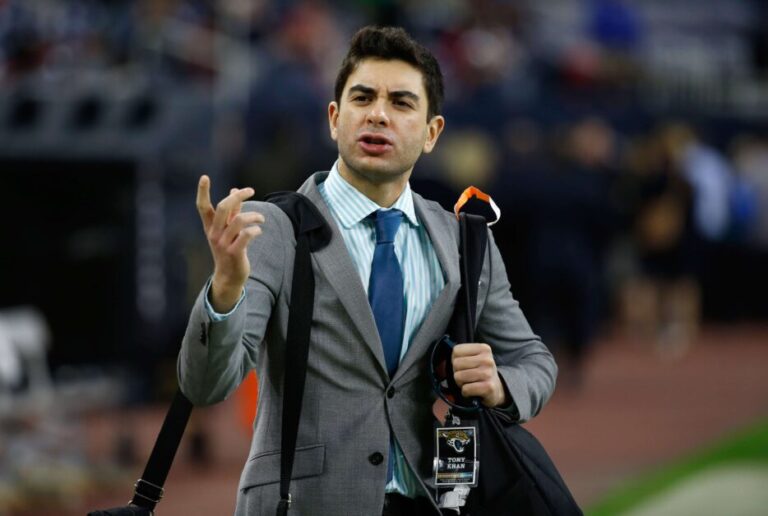 Wrestling fans have slammed AEW lead promoter Tony Khan after comments made about CM Punk and Thunder Rosa during a press conference.

Khan, who is also an executive at Premier League side Fulham, was heavily active with the Cottagers yesterday, as they attempted to strengthen their squad on Deadline Day. Marco Silva’s side brought in three players. They included former Chelsea star, Willian.

However, it was Khan’s comments during the press conference that caused mass controversy amongst wrestling fans.

During the conference, Khan was asked to respond to criticism from fans about the vast difference in time that CM Punk and AEW Women’s Champion, Thunder Rosa, receive to perform promos on-air.

Fans recently pointed out that Rosa was given under one minute, backstage, to announce that she would be sidelined through injury. She has since temporarily relinquished the title belt to recover, but will defend it upon her return. Britt Baker is the current Interim AEW Women’s Champion.

In contrast, in June, Punk had 10 minutes, in-ring, to state that he had an injury, and would also be out of action for a considerable period. The ex-WWE star has since returned to AEW. However, his first match back was a three-minute loss to Jon Moxley.

When asked about the complaints raised by fans, Khan provoked fan anger with his response (quotes via WrestlingInc): “I give the TV time based on what I believe is going to draw the most ratings.

“To come out and do a live eight-minute promo, I’m not sure that would have been good for the television show, to be honest with you.”

What have fans said about Tony Khan’s comments?

Some fans have been critical of Tony Khan’s comments since they were published yesterday.

Many pointed out that the likes of Becky Lynch, Charlotte Flair, Bianca Belair, Bayley, Sasha Banks, and more, are all indisputably some of the top stars in WWE, but each of those stars have been given opportunities and exposure on television to grow. This has seemingly improved further under the stewardship of Triple H. The same can be said for any wrestler in the business, in terms of requiring in-ring and/or promo time to establish themselves to the audience.

This, however, is in contrast to the previous decade. WWE women’s matches rarely went 10 minutes. In addition, it would also be rare to see more than one match on each pay-per-view.

Beth Phoenix and Michelle McCool, amongst others, were the top stars of the women’s division back then. But they were given fewer opportunities than the names mentioned above.

Fans also argued that Tony Khan should do more to grow the women’s division in AEW, and that it was unsuitable for his views to be aired in public: