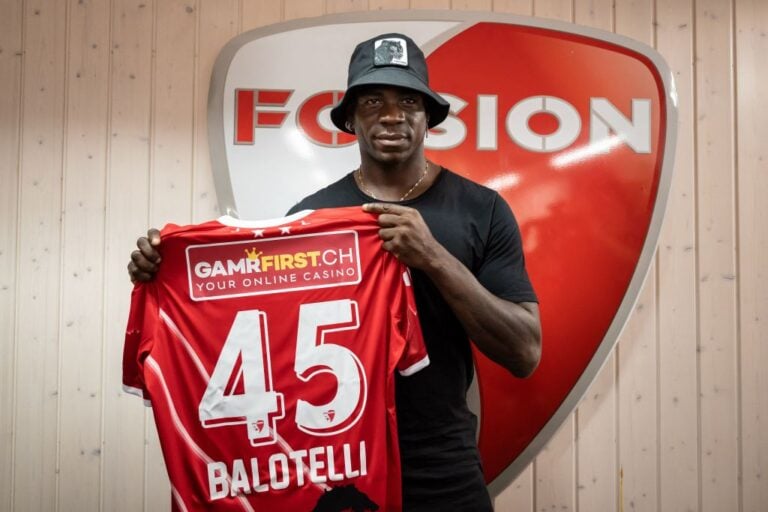 Mario Balotelli made a deadline day move to join FC Sion — the 11th club of his rollercoaster career.

The Italian has had an interesting journey over the last decade. The Italian, who is a one-time Premier League winner, has had a history of controversial moments, and hasn’t been able to fulfil his undoubted promise early on in his career.

That’s not to say he can’t still operate at a high level. But the potential once expected of him doesn’t look like coming to fruition anytime soon.

After a strong spell at Inter Milan, the forward arrived at Manchester City and, at first, took the Premier League by storm. He possessed outrageous strength, unrivalled skill and a sublime eye for goal. However, due to disciplinary issues and a loss of form, Balotelli fell out of favour at the club and moved to AC Milan.

He continued to score goals at the San Siro. However, his time at the club didn’t last long, before he joined Liverpool following the departure of Luis Suarez. But the striker struggled to make an impact at the Reds, enjoying a career resurgence at Nice. But when his subsequent spell at Marseille failed to work out, the player began to struggle.

The 32-year-old had brief spells at Italian sides Brescia and Monza, prior to signing with Turkish outfit Adana Demirspor. The Italy international scored 19 goals in 35 appearances. However, days after a massive clash with his coach, he has landed at a new club again.

In the aftermath of Adana Demirspor’s 1-0 Turkish Super Lig win over Umraniye on August 27, Balotelli made a comment to manager Vincenzo Montella, which provoked an almighty reaction.

The coach lunged at Balotelli before players and staff members intervened to split the pair apart. It isn’t clear whether that exchange caused Balotelli’s departure, or who was at fault.

But despite playing to a good standard for Adana, he has found a new home yet again. The 32-year-old has joined Swiss side, FC Sion, for £2.3 million, and will stay at the club for two years.