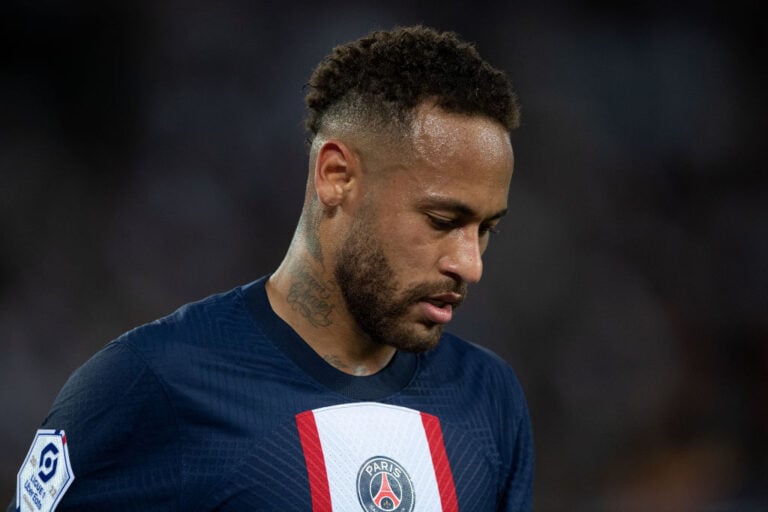 Reports coming from Spain claim that PSG offered Man City the chance to sign Brazilian star Neymar, only for the Premier League side to reject the move.

A wild deadline day saw many last-minute transfers happen, but this deal would have been an absolute bombshell. According to Spanish outlet Marca, the Ligue 1 champions offered one of their prized assets to Manchester City.

Les Parisiens were apparently scouting out offers for Neymar, with Man City appearing the most likely destination. However, the Premier League champions turned down PSG’s generous offer. Any potential fee or deal terms have not yet come to light.

Instead, Pep Guardiola got his big summer signing early in the window, swiping Erling Haaland from Borussia Dortmund. And the Norwegian has been incredible, scoring nine goals in his first five league games.

On deadline day, City bolstered their defensive options, rather than going for Neymar. They returned to Dortmund, getting Manuel Akanji in a £15 million deal.

But why were PSG looking to offload their record signing?

Marca reports that the Ligue 1 giants wanted rid of their attacker because of “dressing room unrest”. Unfortunately, it seems that Neymar and Mbappe’s relationship is not improving.

Last month, in a 5-2 win over Montpellier, the star duo disagreed over penalty duties. After Mbappe missed a penalty in the first half, Neymar disregarded the agreed order. When PSG won a second spot-kick, the Brazilian ignored Mbappe and scored it himself.

This infuriated Kylian Mbappe, as the team agreed he was the number one penalty taker. Neymar would only be on pens if the Frenchman was not on the pitch, or if he won it himself.

Then, following “penaltygate”, the Brazil star liked some tweets on social media that criticised Mbappe for being PSG’s first-choice penalty taker. Overall, it appears that the two teammates are not seeing eye-to-eye.

As PSG granted Mbappe a substantial new contract earlier this summer, his happiness is clearly priority number one. Therefore, Neymar could exit PSG to keep the Frenchman content. This would come at a significant loss to the club, though.

Last summer, Neymar agreed to a four-year extension with Les Parisiens worth $36.5 million a season. To make matters worse, if they sell him, the French champs will have zero chance of recuperating all of the £200 million fee they paid for Neymar.

Also, on the pitch, the Brazilian has been in devastating form.

The former Barcelona winger has really hit the ground running this season. He has bagged seven goals and six assists across five matches so far as PSG lead Ligue 1.

With these seven strikes, Neymar sits top of the league scoring charts – two ahead of Kylian Mbappe.

Most recently, he opened the scoring in PSG’s last match, a 3-0 win at Toulouse. With the goal, Neymar continued his streak of scoring in every game so far in 2022/23. This red-hot form has been a long time coming for the Brazilian, who has underperformed in recent years.

With the Champions League starting soon, Paris Saint-Germain will want as much firepower as possible to have a deep run in the competition. An in-form Neymar is a daunting prospect for any opponent, so PSG will hope to start the tournament well.