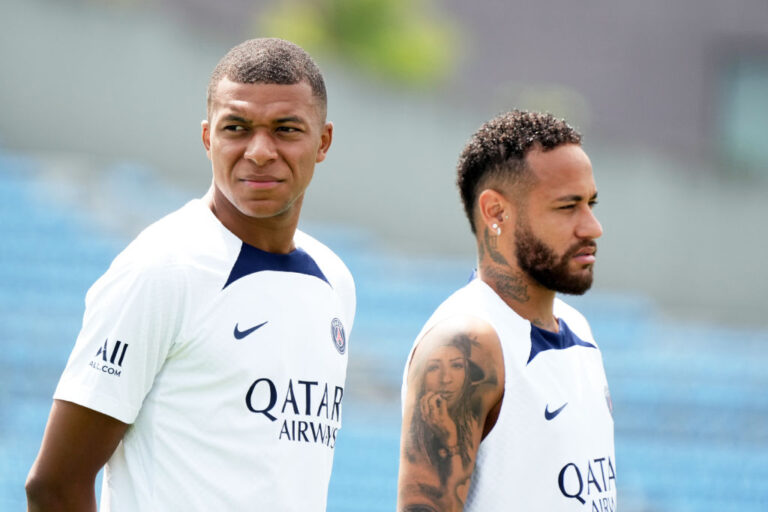 After the latest victory for Paris Saint-Germain, the official account of Neymar has ‘liked’ two controversial tweets which throw shade at team-mate Kylian Mbappe.

The reigning Ligue 1 champions took on Montpellier at Parc des Princes on Saturday evening. It was PSG’s second game of the league season. They defeated Clermont Foot 5-0 on matchday one.

Their most recent clash ended in another comfortable victory. Christophe Galtier’s side won 5-2. They bounced back from a 23rd-minute missed penalty from Mbappe to lead 2-0 at half-time. An own goal and a Neymar penalty gave them the advantage.

Neymar struck again in the second half to extend PSG’s advantage further. Former Sunderland midfielder Wahbi Khazri pulled one back, but goals from Mbappe and Renato Sanches pulled the hosts out of sight. Enzo Tchato then scored a late consolation for the visitors.

Despite the manner of the victory, and the scoreline, more headlines were created by an incident involving one of their star players.

After the game, however, much of the focus was on incidents away from the result itself.

That is because Mbappe was elected to take the first penalty of the game, which he missed. PSG later received a second penalty, which Neymar put away. The chain of events suggests that Mbappe will be the club’s main penalty taker this season. However, at least judging by his official account’s social media activity, his Brazilian team-mate is not too impressed by that.

After the game, the account liked two tweets from fan pages. The first read: “Now it’s official, Mbappe is the one who takes the penalties at PSG. Clearly, this is a contract thing, because in no club in the world that has Neymar, he would be the second [taker]. None!! It seems that because of the contract, Mbappe is the owner of PSG!!”

Meanwhile, another tweet read: “Today, in the PSG game, Neymar scored and HUMILIATED the goalkeeper (once again) in the penalty kick. Mbappe, on the other hand, hit VERY badly and lost.

“After the game, the coach said that Mbappe will be the team’s main hitter for the season. An absurdity!”