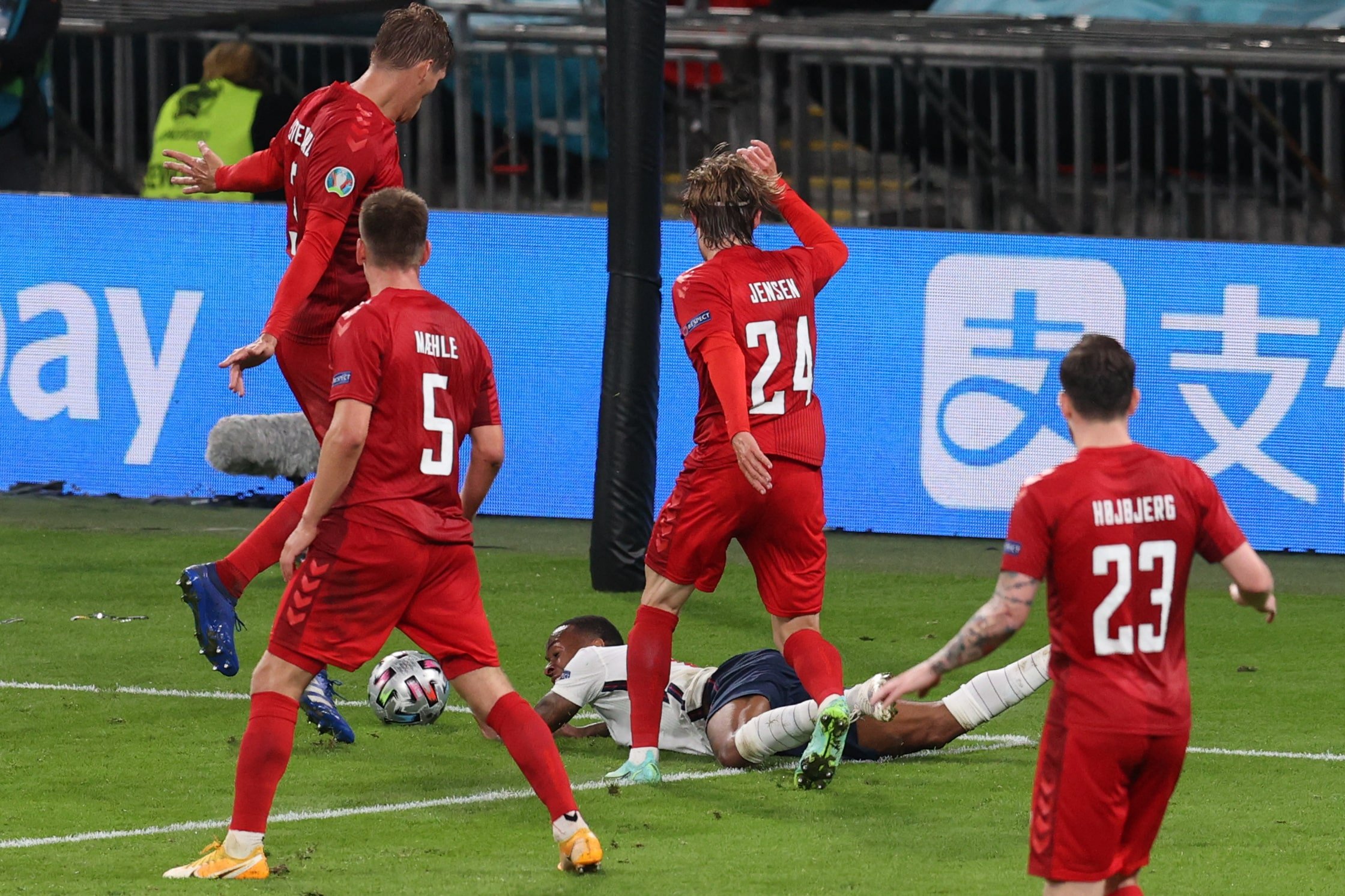 England reached their first major tournament final in 55 years last night after a 2-1 victory over Denmark in extra time.

Mikkel Damsgaard opened the scoring for the Danes before a Simon Kjaer own goal levelled the scores just before half-time.

Harry Kane then scored in extra time to give England a lead that they would not relinquish.

The striker pounced on the rebound after Kasper Schmeichel had saved his original penalty.

Some fans have since claimed that there was minimal contact by Denmark defender Joakim Maehle on Raheem Sterling, and not enough for him to go to ground.

But another angle shows that midfielder Mathias Jensen also made contact with Sterling’s hip inside the area after Maehle’s attempted challenge.

Dutch referee Danny Makkelie made the on-field call to award England a penalty, and the decision was not overturned by VAR.

VAR will only advise a change in the decision if it deems there has been a ‘clear and obvious’ error made by the referee.

Some fans, though, have expressed their anger about the penalty – and one even went as far as to set up a petition demanding the game be replayed.

The petition, set up by Cris Pinto on change.org, has been signed by 1,700 people at the time of writing.

It reads: “We wish to overrule the penalty decision against Denmark. It was a wrong call, there needs to be contacted for a penalty and there was absolutely no contact. If this is not overruled, it would show a failure by UEFA and the beautiful game of football.”

It’s not the first time we’ve seen this sort of petition during Euro 2020.

Over 270,000 people signed a petition to replay the France v Switzerland last 16 tie. French website Les Lignes Bougent claimed that Swiss ‘keeper Yann Sommer’s foot wasn’t on the line for his decisive save of Kylian Mbappe’s penalty in the shootout.