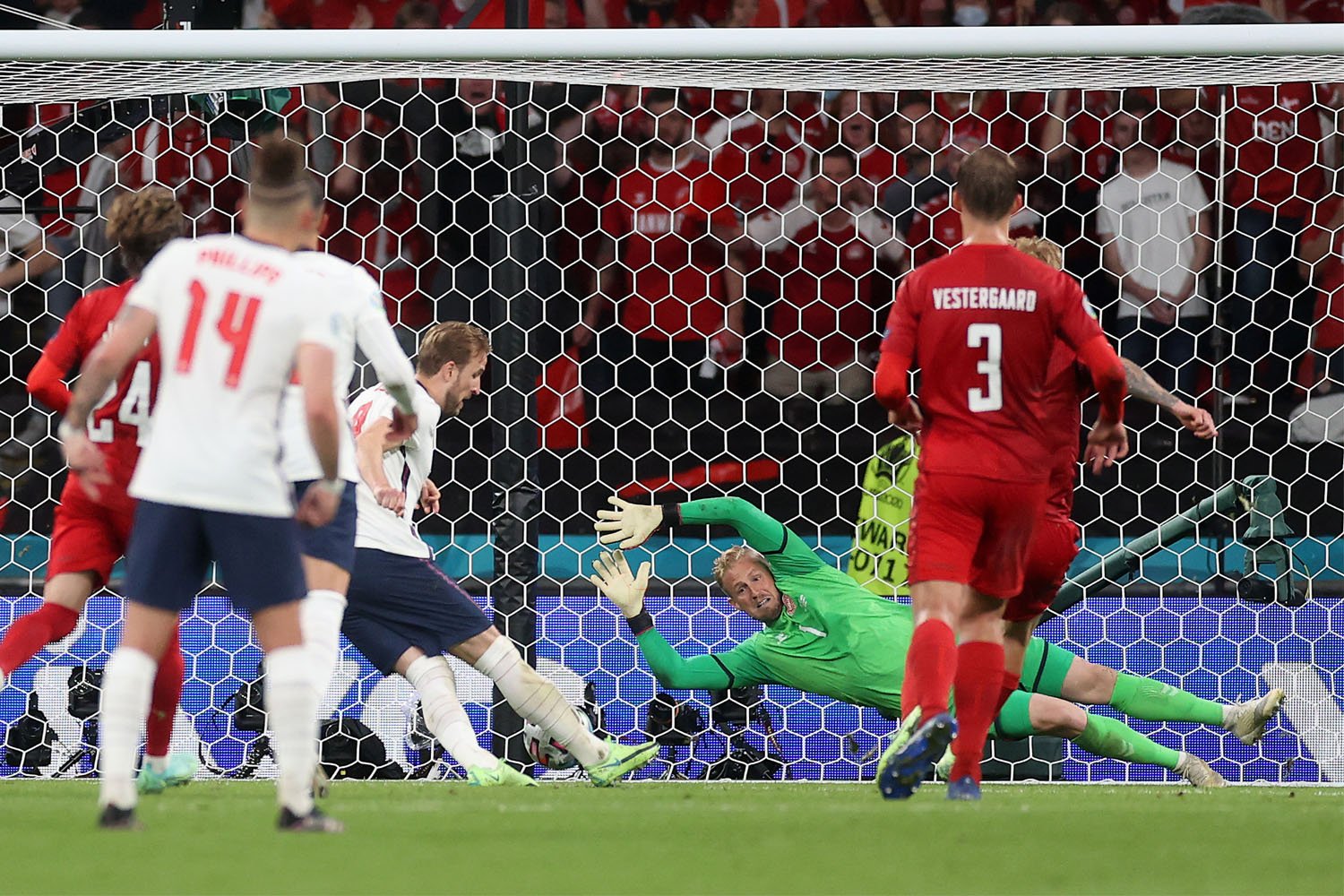 UEFA has charged England over an incident that saw a laser pointer directed at Denmark keeper Kasper Schmeichel during Wednesday’s Euro 2020 semi-final at Wembley.

The Leicester shot-stopper would go on to save the penalty, though Kane managed to fire home from the rebound.

England have also been charged with causing a “disturbance” during Denmark’s national anthem and setting off fireworks.

“The case will be dealt with by the Uefa Control, Ethics and Disciplinary Body (CEDB) in due course,” said a statement from European football’s governing body.

Denmark were the first team to score against England in the competition, courtesy of a stunning free-kick from Mikkel Damsgaard.

An unfortunate own goal from Simon Kjaer drew the Three Lions level before half-time, with that stalemate lasting the full 90 minutes.

In the end, it took the controversially-awarded penalty in the 102nd minute to split the sides, and even then, England fans faced further palpitations as Kane saw his penalty saved before putting his side ahead at the second time of asking.

Speaking after the game, Southgate said the victory was deserved in the end: “We were so smooth through the quarter-final and relatively unscathed through the second round.

“We knew that at some point we were going to concede and we would have to respond.

“Denmark have had an incredible tournament. I have got to give them huge credit.

“But I think on the balance of play when you look at the number of saves we forced the goalkeeper to make and long periods of the game where I felt we were the biggest threat, I think we deserved it.

England will now meet Italy in the nation’s first final since the 1966 World Cup.