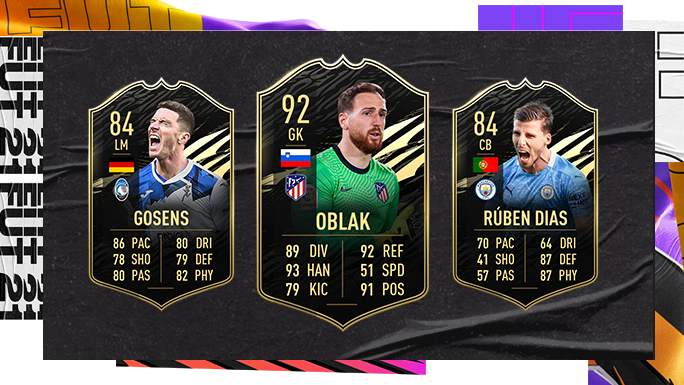 EA Sports has unveiled the latest instalment of the FIFA 21 Team of the Week promotion.

Every week the game celebrates football’s top-performers in the real world by unveiling special ratings boosts for those who make the side.

Last week’s edition featured the likes of Bernardo Silva and Marcus Rashford from the Premier League.

Cristiano Ronaldo and Lucas Vaszquez also made the cut for their impressive showings.

This time out, Ruben Dias, Gareth Bale and Nicolas Pepe are the three names representing the English top flight.

Jan Oblak, Diego Godin, Frenkie de Jong and Robert Lewandowski are a few of the additions included from across Europe.

See the full team below.