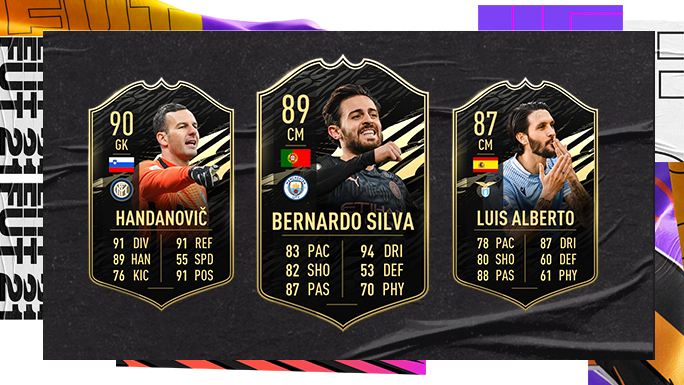 EA Sports has unveiled the latest instalment of the FIFA 21 Team of the Week promotion.

Each week, the world’s most in-form players are rewarded in-game for outstanding individual performances.

Those who make the squad are celebrated by significant ratings boosts to their regular FIFA cards.

Featuring from the Premier League this week are Bernardo Silva (89), Marcus Rashford (89) and Michael Keane (85).

Undoubtedly the highlight is going to be the 95-rated Ronaldo card though, which is absolutely going to ruin our weekend.

Team of the Week 22 revealed