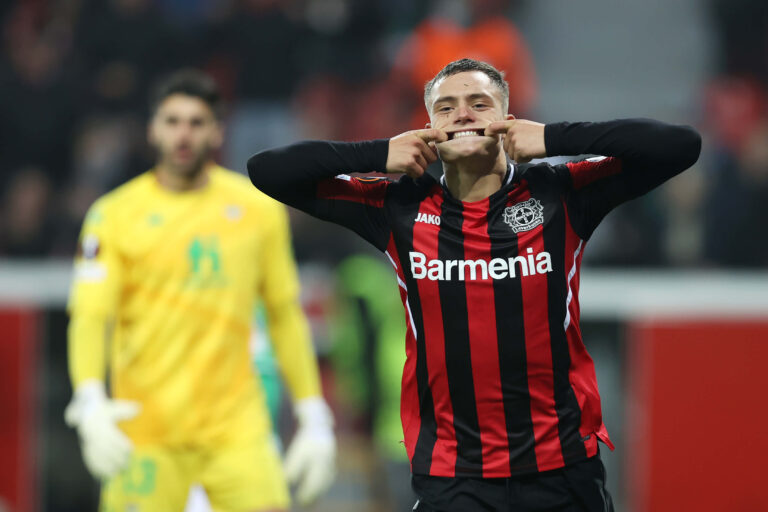 FIFA 22 career mode gives players the opportunity to manage a team and build them from bottom to top, or take perennial challengers to ultimate champions.

One of the main features of career mode is the transfer market. Players who understand how the market works, as well as being able to effectively scout for both talent and potential, can steal a march on their rivals in-game.

A pivotal position to recruit is in the engine room of midfield. Whether that be a workhorse box-to-box midfielder, or a more advanced playmaker, winning the midfield battle in any game of FIFA can sometimes hold the key to victory.

With that in mind, here are five young midfielders with plenty of potential to become some of the world’s best players in FIFA 22:

Perhaps more well-known to the Football Manager community, Thiago Almada also has the potential to become a significant talent on FIFA as well.

The 20-year-old has spent his entire professional career with Velez Sarsfield in Argentina. However, he is set to move to Atalanta United in January, meaning you may have to wait a while to sign him in-game.

The silky midfielder is capable of playing in advanced central positions and out on the wing. His versatility is a significant advantage.

In-game, Almada has four-star skill moves and four-star weak foot and high/low work rates. In a few years, he could be a complete attacking midfielder.

Ilaix Moriba was one of several Barcelona departures this summer when he left the club to join RB Leipzig.

The Guinea international made his Barca debut earlier this year and made 18 appearances in all competitions before leaving the club.

An able box-to-box midfielder, Moriba has four-star skills and weak foot and 74 finishing at the start of the game. He also has 70 stand tackle and composure.

He is also equally capable of playing in central or attacking midfield. A few years into the game, he could become one of the best young midfielders on FIFA 22.

The name of Nicolo Rovella possibly isn’t as well-renowned outside of his home country as other names on this list. But he has had a superb start to his career with club and country.

Currently on loan from Juventus, Rovella has made 12 appearances in the heart of midfield for Genoa, providing three assists. Juve signed him for a fee that could eclipse 35 million euros earlier this year – a sign of the regard in which the club holds the midfielder.

In-game, the Italy U21 international could improve by a total of 15 skill points to 87 overall. He has four-star weak foot, 75 ball control and 81 stamina. His defensive stats are all above 65 as well, meaning you can mould him into a complete midfielder over time.

The only player on this list with a Champions League winners medal, Billy Gilmour has made great strides in his young career so far.

He starred in Scotland’s 0-0 draw with England during Euro 2020, and has spent this season building experience with Norwich City in the Premier League. He assisted Grant Hanley’s winner in the Canaries’ 2-1 victory over Southampton on Saturday.

Gilmour has been given three-star skills and weak foot in-game. He has 77 short passing and 74 vision. There’s room for improvement in attacking stats, but at the age of just 20, there’s plenty of time to enhance his skills.

The 18-year-old was awarded the Bundesliga Player of the Month award for his performances in September. He scored twice and provided two assists in just three games.

Wirtz, who predominantly plays attacking midfield, can reach a potential of 90 in FIFA 22. He has four-star skills and weak foot, and the valuable flair and outside the foot traits. At 79 overall to begin with, he is already one of the best young midfielders on FIFA 22. However, he may be difficult to purchase. Wirtz has a contract with Leverkusen until 2026.