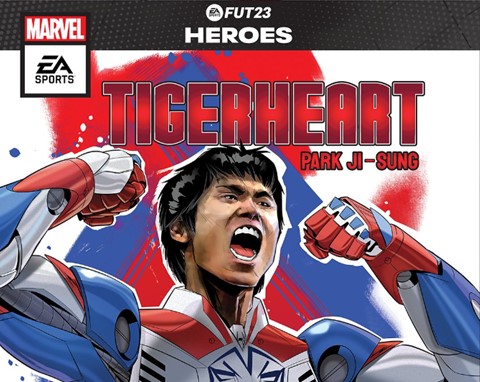 EA have formed an unlikely alliance with one of the best-known companies in the world – making for some amazing content. Here is how you will be able to get a Marvel-themed card on FIFA 23.

On Monday, the gaming giants announced a collaboration with Marvel on the upcoming new FIFA 23 game. In a press release, EA confirmed that the tie-in would be centred around their FUT Heroes players.

“This collaboration between two of the world’s largest entertainment brands will bring some of the game’s fan favourites to the game and celebrate their larger-than-life, cult hero status alongside the amazing artists at Marvel,” read the statement.

Their plans also ramp up excitement for the World Cup mode, as this is where the collab will feature most prominently. A beloved feature, the World Cup DLC will make a welcome return to this next game in the franchise. In addition, it will have both the men’s competition in Qatar and the Women’s 2023 World Cup in Australia and New Zealand.

As a result, this will be the first time the World Cup has had a separate playable Ultimate Team mode since 2018. But how does Marvel tie into this?

FIFA 23 x Marvel collab: details and how to get a card

When the World Cup mode launches on November 11, a number of special FUT Heroes cards will release. These will be illustrated versions from Marvel, depicting retired players as superheroes.

For example, EA have already released five players. Yaya Toure is known as “The Citadel”, whilst Claudio Marchisio is called “Il Principino”.

Landon Donovan also has a Marvel-FUT card confirmed. He portrays a hero called “The Brave”.

Finally, Park Ji-Sung is “TigerHeart”, and Ricardo Carvalho caps off the five confirmed stars as “The Anticipator”. Other FUT Hero cards will likely follow. In a further bid to entice players, each World Cup Hero card has a stat boost over their base version.

Also, the collab will feature several Marvel-themed consumables, such as tifos, kits, and balls. An online Marvel Heroes comic book that shows the players’ characters also makes for a cool addition.

So, how do you get one of these for free? It turns out the answer is quite simple.

Gamers must pre-order the Ultimate Edition of FIFA 23 by August 21 to claim a free Marvel Heroes player. It is simple to do, but unfortunately does involve parting with money for the game.

For those who do not know, Ultimate Team Heroes are retired players that are fondly remembered as great players from their career. With their inclusion, gamers get a dose of nostalgia for a past cult figure.

However, their cards operate differently from icons, which do follow a similar idea. In FIFA 23, FUT Heroes will boost chemistry by league, as each player is assigned a league in which they are a cult figure. They will also provide a small boost via their nation.

The below list details the players that should be at least base card Heroes in FIFA 23 (per Dexerto). A number of players should carry over from FIFA 22, with the aforementioned new Marvel Heroes also getting a base card. Additionally, EA may announce new Heroes in the near future.

How many of the base FUT Heroes receive a World Cup card remains to be seen.