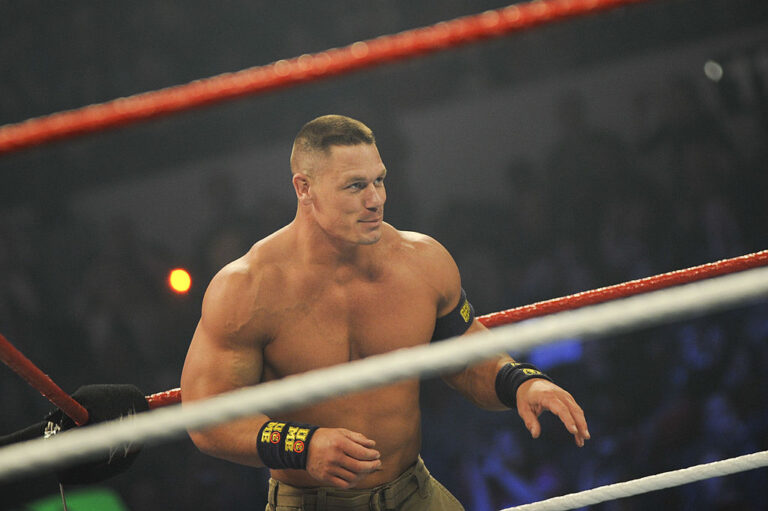 The WWE wouldn’t have become the global phenomenon it is today without some fantastic gimmick changes.

Throughout the years, fans have come to know and love some of the most charismatic athletes on Earth. Every wrestler that makes it to the WWE has to have an interesting angle in which they can sell themselves to the audience. Steve Austin guzzled beer, and Daniel Byran had the ‘Yes Movement’. But sometimes, the superstars don’t always find the perfect ingredients on the first try.

Often they find themselves desperately trying to find the thing that will make them stand out from the pack. Unfortunately, this can often result in Vince McMahon showing them the door.

However, every so often, a wrestler rises to the occasion and finds the lightning in a bottle they need to keep their run in the company rolling. So on that note, we’re looking at five superstars who saved their careers from certain destruction.

The sixteen-time World Champion is undoubtedly one of the greatest to ever do it. However, in 2002, we nearly lost the powerhouse as the company debated releasing him. His generic babyface character failed to resonate with the public, but then he saved his career by becoming ‘The Dr of Thuganomics‘.

Cena began dismantling his opponents in the form of brutal raps. This captivated the audience and prompted Vince McMahon to spring him into stardom. They pushed him as the face of their promotion, and he ultimately ruled the roost for over a decade.

After trialling ‘The Western Mortician’, WWF knew they needed to fix the formula for their soon-to-be-legendary character. House show appearances received a mixed response. Ultimately, Mark Calaway’s character was overcooked.

‘The Dead Man’ enthralled viewers worldwide with his frightening gimmick. Spectators would sit eagerly in the arena as the lights switched off and his music blasted out the speakers. Then suddenly, they’d switch back on, and he’d be stood there, in the ring, ready to destroy whoever stood across from him. This character helped him create one of the most remarkable legacies in wrestling history.

The 6 ft 9 powerhouse entered the company as ‘Fake Diesal’, a universally derided rip-off of Kevin Nash’s character after the original moved on to WCW. But in 1997, the promotion decided that they wanted to debut the brother of The Undertaker, and Kane got the call. He switched up his jovial persona to one of darkness.

He’d enter the ring to an ominous theme song and a blaze of fire as he desperately looked for vengeance over his sibling. After burning ‘The Phenom’ alive, the two put their differences aside to become ‘The Brothers of Destruction.’

Although the business executive has become one of the most beloved names in the company, he spent a long time looking for the right gimmick.

He tried to be a royal snob, a blue-blood type, but in the end, it was the formation of D-Generation X which really saw him rise to prominence.

In 1997, he aligned with Shawn Michaels, and the pair formed a supergroup. They had attitude, swagger and moves, which every kid on the planet loved to imitate.

The charismatic athlete originally entered The WWE as part of The Nexus. However, his ‘Husky Harris’ character failed to stand out from the heel stable. But after heading to the developmental centre, he returned to the big stage with a completely new persona.

‘Bray Wyatt’ terrified spectators with his eery aura and terrifying performances. The cult leader formed ‘The Wyatt’ family before heading in a new direction. He had two alter egos, ‘The Fiend’ and ‘Firefly Fun House Bray’, both of which caught the eye for entirely different reasons.