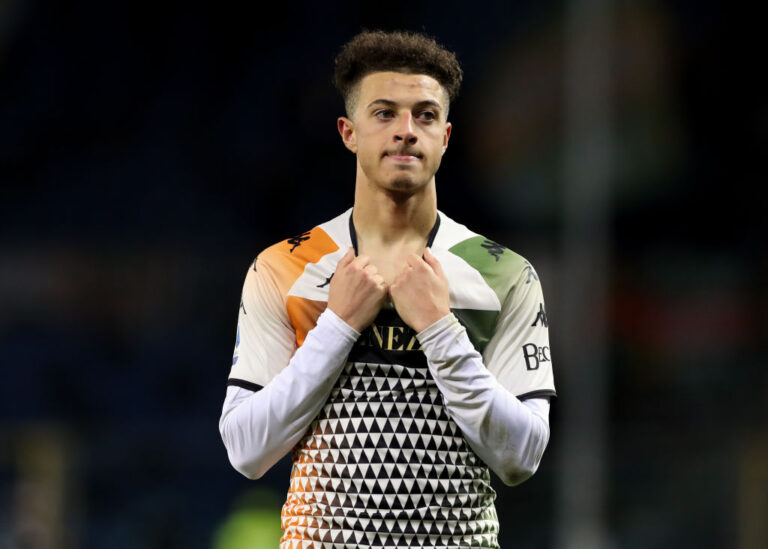 Chelsea have had a phenomenal start to the 2021/22 campaign.

In this piece we look at the Blues youngsters will make a name for themselves throughout 2022.

We’ve had a look at some of the London club’s rising stars. These players, like many on the fringes of the Chelsea setup, are currently out on loan elsewhere.

These are the five players that we believe will have a massive 2022 – whether that be back at the Blues or for another club.

The Albanian has shown glimmers of real potential during his career so far.

He may have only played one game for Chelsea, but his skills are developing nicely at Southampton. The forward has been loaned to the Saints, and he is proving to be a very competent player.

Broja made an immediate impact for Ralph Hasenhuttl’s side when he scored two goals in his debut appearance.

If he can carry this momentum into the rest of his performances in this campaign, then the rising star should have a very positive 2022 ahead.

The Dutch left-back has caught the eye of football fans all over Europe. His rise through the Netherlands youth system has been remarkably impressive. Therefore, it is no surprise that he piqued the interest of the North London club.

He may not have had his opportunity to impress in England’s number one division yet, but he has been making more than a splash in the Championship with Coventry City.

The 19-year-old has made 18 appearances for the Sky Blues in this campaign and has delighted fans with his fantastic performances.

That’s not bad for a player who was once told he was “too small” and subsequently dropped from Feyenoord’s academy.

The box-to-box-midfielder is an incredibly exciting talent.

Gallagher, who aspires to be like Frank Lampard, has made a massive impact for Patrick Vieira’s Crystal Palace side this season.

The Englishman, who was described in The Telegraph as ‘one of the Premier League’s most vibrant talents’, has scored four goals in his thirteen appearances for the Eagles.

His former boss at previous loan club Charlton, Lee Bowyer, told talkSPORT of his opinion of the young midfielder.

He said: “Whatever you tell him he does, and I just keep encouraging him to get in the box, and things are falling for him at the moment. His willingness and work rate is unreal.”

This praise is only an indicator of what the rising star will go on to achieve.

In February 2020, Billy Gilmour made it into Chelsea’s first-team squad on a permanent basis. His showings since have left fans of the two-time Champions League winners salivating for more.

He received massive praise for his performance against Liverpool in an FA Cup tie back in March. Gilmour then rode the momentum into a Man of the Match calibre showing against Everton the following week.

The future star is now playing his football at Carrow Road on a loan spell with Norwich. Gilmour has made six appearances so far for the Canaries, and in 2022 he will hope to hone his craft even further.

The 21-year-old is four years removed from his record-breaking moment for Chelsea. The centre-back became the first player born in the 2000s to represent The Blues.

Fast-forward to the present day and Ampadu is proving that he has the mettle to play at the highest level.

He spent last season on loan at Sheffield United, where he played 29 games for the Blades. In this campaign, he has been playing his football for Serie A side Venezia.

The 6ft pillar of defence is hoping that the experience he has gathered over the past few years will be enough to get him into Chelsea’s first team soon.

Where do these Chelsea youngsters go next?

Going out on loan can be a daunting prospect for any young player.

Often they’ve spent their childhoods developing through their club’s academy. It can be their first time playing football away from home.

But it can be very beneficial if they use the experience in the right way.

David Beckham famously spent a period at Preston North End before becoming the international icon that we know today. His achievements should be an indicator that the loan system is there to serve a purpose.

Read: How does Wesley Fofana compare to other Chelsea defenders?

It provides an excellent opportunity for these Chelsea youngsters, and hopefully when they come back to Stamford Bridge, they’ll be all the better for the experience.