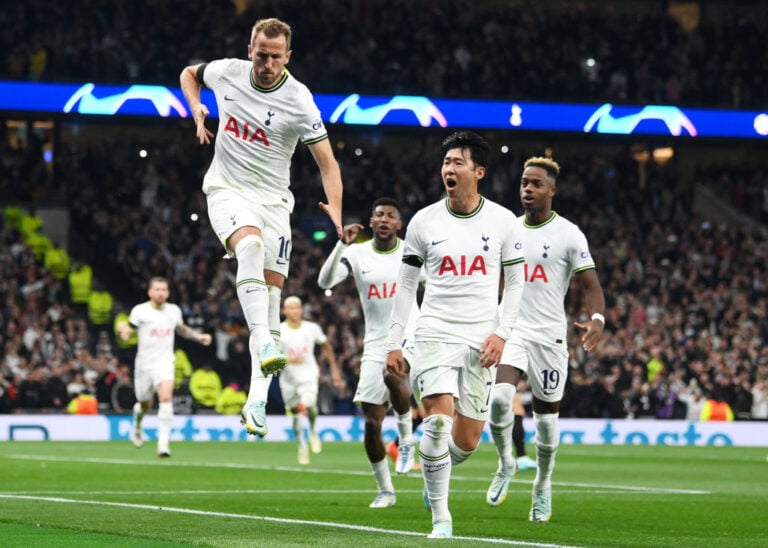 The World Cup is just a month away from kick off! So, we are going to take a look at five stars from each of the “top-six” Premier League sides that could light up the World Cup – and today, we talk about Spurs.

The North London side have a number of squad members who will likely represent their country at the tournament in Qatar. Of course, injuries and other issues could mean that they are not selected – such is the unpredictable nature of football.

Despite this, we have picked five Spurs ballers who could make a big splash at the 2022 World Cup.

It had to be him first, didn’t it? Harry Kane will be spearheading the England attack in Qatar as Gareth Southgate’s side looks to go one better than their semi-final exit in 2018. At the World Cup in Russia, Kane led by example. The Spurs forward scored six goals, winning the tournament’s golden boot.

When he won the golden boot, Kane became the first Englishman to claim the award since Gary Lineker at the 1986 World Cup in Mexico.

Now, ahead of the 2022 edition, the Tottenham captain has had a strong start to the season. Kane has nine goals and one assist from eleven Premier League appearances so far. In addition, he has registered a goal and an assist in the Champions League.

Aside from trying to become the first England captain to lift the World Cup since Bobby Moore, Kane has some personal targets to aim for in Qatar. He is just two goals behind Wayne Rooney for the all-time leading scorer in Three Lions history.

Therefore, if he carries his domestic form to the tournament, he could break a personal record.

Spurs’ No.7 is another player who is more than capable of lighting up the world stage this winter. Although he has had a quiet start to 2022/23 – except for a hat-trick against Leicester – Son is South Korea’s talisman.

At previous World Cups, Son has scored three goals in six matches. He grabbed one at his first World Cup in 2014, then added two at Russia 2018. However, South Korea failed to make it past the group stage at both of these tournaments.

This year, the Taegeuk Warriors have a competitive but beatable group. Son and co. will face off against Portugal, Ghana, and Uruguay. So, if the winger can re-discover his golden boot-winning form from 2021/22, South Korea may believe that they have a chance of reaching the knockout phase.

Already a hero in his homeland, Son will garner widespread respect if he can lead Korea on a good World Cup run.

One of Spurs’ summer signings, Perisic is a key piece to the Croatia national team. Whenever he pulls on the famous red and white checks, the versatile player always impresses.

For example, at Euro 2020, Perisic guided his country through the group stage with two goals and one assist from three matches. Unfortunately, he then missed the knockout stage – when Croatia lost 5-3 to Spain – due to COVID.

Perisic’s World Cup record also speaks for itself. In ten career appearances on the biggest stage, the Croatian has five goals and three assists. In particular, at the 2018 edition, Perisic really stepped up in the latter phases.

England fans may recall that Perisic grabbed Croatia’s equaliser in the two teams’ semi-final. Croatia ultimately came from behind to beat the Three Lions in extra time. The Spurs man then scored again in the Final, but he unfortunately was on the losing side in this game.

This season, Ivan Perisic has operated as a left wing-back for Antonio Conte’s side. Despite not scoring in 2022/23, he has four assists in all comps, and provides a boost whenever he is on the pitch.

Expect Ivan Perisic to impress once again as he heads to his third World Cup.

Although he has had some injury problems this season, Argentina’s Cristian Romero will likely be on the plane to Qatar. The defender is typically the first-choice centre-back for his country, so should make the team barring injury.

Romero also has a formidable track record with Argentina. He is unbeaten in all 12 of his caps for his country. As a result, he has contributed to Argentina’s 35-match streak without a loss.

In addition, Romero was part of the Argentina side that won the 2021 Copa America, starting in the final. The defender also made the CONMEBOL team of the tournament, despite playing just three matches.

Thanks to the Copa America triumph and unbeaten streak, many tip Argentina to make a deep run at the World Cup. Romero will be key to this with his tenacity in defence.

If Argentina wins the trophy for the first time since 1986, Romero will likely have been a fundamental aspect of their success.

Finally, Richarlison is the fifth Spurs player that we think could star at the 2022 World Cup. However, he is arguably the one player on this list who may not make his country’s squad.

Brazil’s squad depth, specifically in the attacking third, is the envy of the world. Plus, Richarlison’s positional rivals, such as Roberto Firmino and Gabriel Jesus, have been in much better form.

The Spurs forward is also an injury doubt – but manager Antonio Conte is confident that he’ll be ready for Qatar in November.

Richarlison is a preferred option for Brazil, though. He has 38 appearances for The Selecao, in which he has bagged 17 goals.

The Spurs attacker also featured in their squad for the latest round of international friendlies in September. He then repaid this faith, scoring twice against Ghana and once against Tunisia.

The former Everton forward still has time to re-capture some form before the tournament. If he can, Richarlison may find himself as the five-time champion’s No.9 for Qatar. With service from the likes of Neymar and Vinicius Jr, Richarlison could bag some goals at the 2022 World Cup – provided he gets game time.

So, with a number of stars representing a number of different countries, Spurs fans have plenty of players to cheer for at the 2022 World Cup. We cannot wait to see how the tournament unfolds this winter.