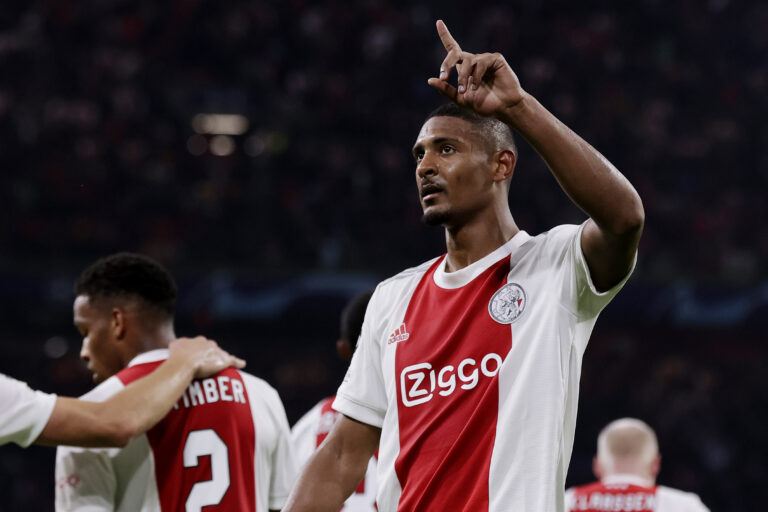 Another night of thrilling Champions League action took place on Tuesday, with plenty of goals, saves and action from across the eight games that took place.

In terms of the English clubs involvement, both Liverpool and Manchester City secured important away wins over Atletico Madrid and Club Brugge respectively.

Paris Saint-Germain battled back from 2-1 down to defeat RB Leipzig at Parc des Princes, whilst Real Madrid thrashed Shakhtar Donetsk 5-0 in Kiev to get their Champions League campaign back on track.

Here’s five things you may have missed from Tuesday’s action:

Sheriff Tiraspol have been one of the most discussed sides in this season’s competition after wins over Shakhtar Donetsk and Real Madrid.

Going into matchday three against Inter Milan, they sat top of Group D having accumulated maximum points from their opening games.

But whilst Inter would go on to secure a 3-1 win over the Moldovan top flight champions, midfielder Sebastian Thill was again on the scoresheet for Sheriff.

After scoring a superb volley to win the game at the Bernabeu, he struck a 30 yard free kick into the bottom corner at the San Siro to level the scores. He’s having some season.

It’s been an outstanding season thus far for Real Madrid forward Vinicius Junior. The Brazilian has recorded five goals and two assists in LaLiga this campaign to further cement his reputation as one of the brightest young talents in world football.

He scored his first two Champions League goals of the campaign against Shakhtar last night – and one of them followed in the footsteps of Mohamed Salah‘s wondergoal for Liverpool against Watford on Saturday.

Receiving the ball around 30 yards, he showed immense skill to weave inside and out of four defenders in the penalty area before firing into the roof of the net. Precision.

Speaking of Salah, the Egyptian winger made history when he netted Liverpool’s first goal in their 3-2 victory over Atletico Madrid.

The 29-year-old became the first player in Reds history to score in nine consecutive matches for the club – and followed that achievement by netting what turned out to be the winning goal from the penalty spot.

Ajax produced perhaps the performance of the season so far in the Champions League to thrash Borussia Dortmund 4-0 at home last night.

It was a textbook display from Eric ten Hag’s side, who simply looked unstoppable as they brushed aside the German giants.

Former West Ham striker Sebastien Haller continued his incredible vein of form this season in the victory. Prior to last night’s match, he netted four goals against Sporting Lisbon in the opening round of the Champions League, to go alongside six Eredivisie goals in nine appearances.

Last night, he scored his sixth European goal of the season, and assisted goals scored by Daley Blind and Antony. No other player has been able to match his goal tally thus far.

After opening his Champions League account for Paris Saint-Germain with a superb goal against Manchester City, Lionel Messi is well and truly off and running now.

With PSG 2-1 down against RB Leipzig, the Argentinian did what he always does – he turned the match in his side’s favour.

Messi ended up with a brace on the night, which included this panenka penalty.

He had the opportunity to complete a hat-trick late on when PSG were awarded a penalty late on. Messi gave the ball to Kylian Mbappe, however, who hit the spot kick over the bar.